Early life exposures to toxic chemicals such as PCBs and DDT dampen an infant's response to the tuberculosis vaccine, according to a new study.

DDT? Banned over 40 years ago but so safe the United States EPA creates guidelines for other countries to spray it inside homes?

It's that pesky 'persistent pollutant' designation which, like endocrine disruptor, is invoked when nothing else is available. Todd Jusko, Ph.D., an assistant professor in epidemiology at the University of Rocheste, lead author of the paper, also says PCBs - banned in the 1970s - are still impacting babies and, in case that doesn't get environmental activist fundraiser juices flowing, that thousand of other pollutants similar to PCBs and DDT have "unknown health implications."

In science, that means there is no evidence of harm. In environmental epidemiology, it means harm is assumed and they are data dredging to find it. 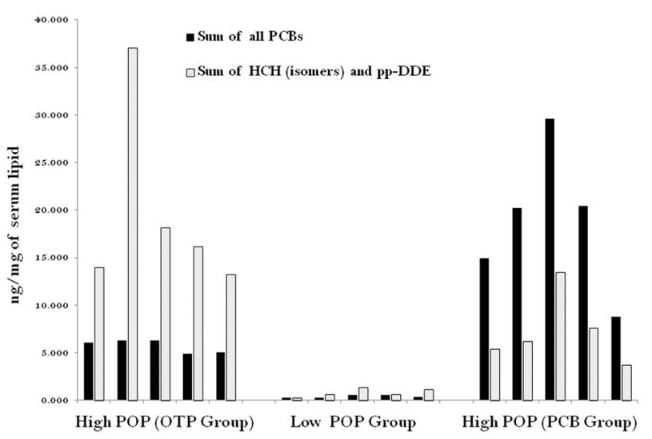 Polychlorinated biphenyls (PCBs) were used in manufacturing and in consumer products in the United States until their ban in 1979. DDE is the main breakdown product of the insecticide DDT. With modern detection methods, where science can find one molecule in 30 square miles of land, it is easy to scare people with the notion that  "nearly all people have detectable concentrations in their blood" without informing them that it is so far below effect levels as to be meaningless. The U.N.s IARC recently claimed sausage is as dangerous as mustard gas and cigarette smoking, but that does not mean your real risk of harm is the same from either. So it goes with DDT - you have to believe because it is being used in countries with malaria - by UN and US recommendation - it is wafting across the ocean and impacting us.

But because the paper is in Environmental Health Perspectives, pesky details like science don't get asked. Instead, they used mother-infant pairs living in an area of eastern Slovakia, an area famous for environmental toxins during the days of the U.S.S.R., where pools of chemicals still exist and even the guard dogs designed to keep people out are dead. In the 516 babies, the tuberculosis vaccine was given to each baby within four days after birth. Jusko and senior author B. Paige Lawrence, Ph.D., measured the babies' antibody responses to the vaccine six months later.

Chemicals were detected in more than 99 percent of the blood samples - since chemists understand science they would inform the epidemiologists that chemicals should be in 100 percent of the blood samples if the test is any good - but infants who had the highest concentrations of PCBs or anything else detectable in their blood tended to have the lowest antibodies for fighting TB. Babies whose PCB concentrations ranked in the 75th percentile had 37 percent lower antibodies for the TB vaccine, compared to babies with PCB concentrations in the 25th percentile.

Why promote DDT harm then? Because everyone is scared of it in the US and don't realize it has never been shown to cause harm, that is why it is sprayed in countries with malaria.  Its association with lower antibodies was negligible but they frame the results to say it still was linked to something.

What confounds this study? The TB vaccine has always been variable - instead of accepting that, as scientists have done for decades, they imply causation and say environmental toxins are why it is variable.

It's great activism, it's just not science.