By 1992, environmental activist Jeremy Rifkin claimed, we would achieve Peak Oil. Fossil fuels would begin to decline. Rifkin was just going by an environmental press release but Peak Oil had a long history; almost as long as oil itself.

In 1919, the chief geologist of the United States Geological Survey, said Peak Oil would happen within 3 years, while King Hubbert of Shell Oil predicted in 1956 that Peak Oil would happen by 1971. So by 1992 those claims were only working with a new generation of people who didn't understand science. In reality, math models containing all those variables are unlikely to be right.

A new team says they may have done it with Earth's internal juice; the primordial energy from assembling the planet and nuclear energy from the heat produced during natural radioactive decay. The study by scientists from the University of Maryland, Charles University in Prague and the Chinese Academy of Geological Sciences in Scientific Reports, hopes to use antineutrino events. 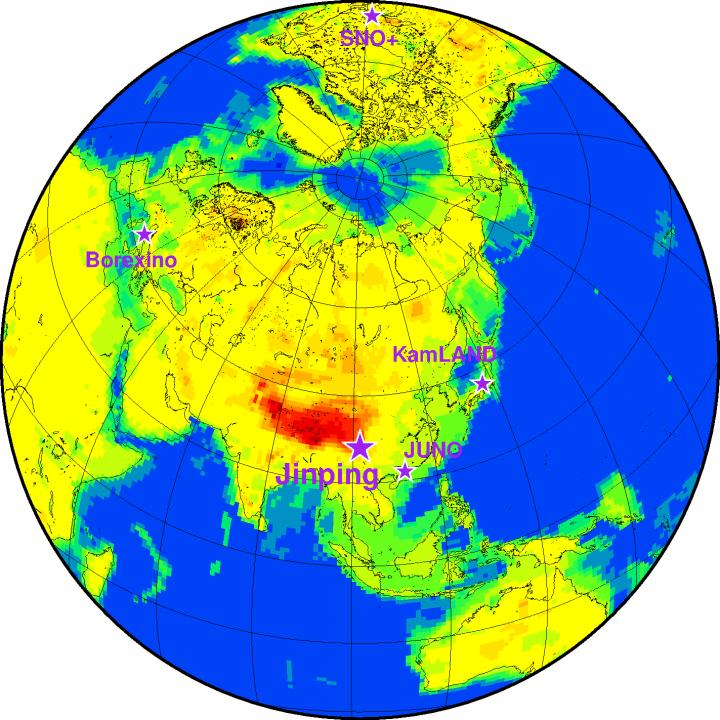 By 2022, scientists expect to be able to detect at least 536 antineutrino events per year at these five underground detectors: KamLAND in Japan, Borexino in Italy, SNO+ in Canada, and Jinping and JUNO in China. Credit: Ondrej Sramek

To calculate the amount of fuel inside Earth by 2025, the researchers will rely on detecting some of the tiniest subatomic particles known to science -- geoneutrinos. These antineutrino particles are byproducts of nuclear reactions within stars (including our sun), supernovae, black holes and human-made nuclear reactors. They also result from radioactive decay processes deep within the Earth.

Detecting antineutrinos requires a huge detector the size of a small office building, housed about a mile underground to shield it from cosmic rays that could yield false positive results. Inside the detector, scientists detect antineutrinos when they crash into a hydrogen atom. The collision produces two characteristic light flashes that unequivocally announce the event. The number of events scientists detect relates directly to the number of atoms of uranium and thorium inside the Earth. And the decay of these elements, along with potassium, fuels the vast majority of the heat in the Earth's interior.

To date, detecting antineutrinos has been painfully slow, with scientists recording only about 16 events per year from the underground detectors KamLAND in Japan and Borexino in Italy. However, researchers predict that three new detectors expected to come online by 2022--the SNO+ detector in Canada and the Jinping and JUNO detectors in China--will add 520 more events per year to the data stream.

"I am one of those scientists who has created a compositional model of the Earth and predicted the amount of fuel inside Earth today," said one of the study's authors William McDonough, a professor of geology at the University of Maryland. "We're in a field of guesses. At this point in my career, I don't care if I'm right or wrong, I just want to know the answer."