News Staff
In an experiment, rats who saw another rat drowning extended a helping paw to rescue it, and the behavior was even more pronounced in rats that previously had a watery near-death experience.

This prosocial behavior, even if it does not gain any advantage from it, was also noted when rats helped members of their own species to escape from a tubelike cage. For a new study, the team conducted three sets of experiments involving a pool of water. One rat was made to swim for its life in the pool, with another being in a cage adjacent to it. The soaked rat could only gain access to a dry and safe area in the cage if its cagemate opened a door for it.

Sato's team found that rats quickly learned that to help their distressed and soaked fellow rat, they had to open the door. The rats were, however, only quick to open the door when there was actually a truly distressed cagemate nearby who needed to be saved. The experiments also showed that rats dislike being soaked. Those who had a previous experience of being immersed in water were also much quicker at learning how to save a cagemate than those who had not been immersed. 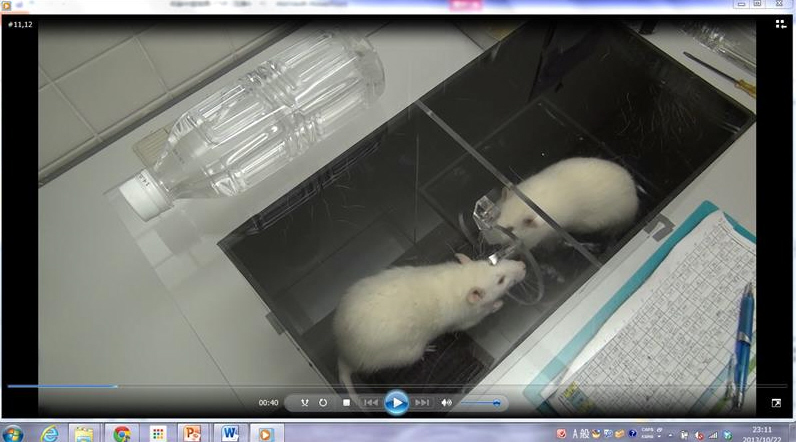 Study shows that rats will try to save members of their own species from drowning Credit: Nobuya Sato/Animal Cognition

The researchers also watched what happened when rats had to choose between opening the door to help their distressed cagemate or accessing a different door to obtain a chocolate treat for themselves. In most cases, rats chose to help their cagemate before going for the food. According to Sato, this suggests that, for a rat, the relative value of helping others is greater than the benefit of a food reward.

The results indicate that rats show empathy. These rodents can share in the emotional state of members of their own species, in this case that of distressed animals.