An analysis of scientific reports and comments on the health effects of a salty diet reveals a polarization between those supportive of the once-popular belief that population-wide reduction of salt intake is associated with better health and those that content it has been more hype than science. They used a citation analysis method of reviews, a little different from a traditional method, which basically just averages out other studies and attempts to control for differences.

In all, 54 percent were supportive of the hypothesis; 33 percent, not supportive; and 13 percent inconclusive, finds the article in the International Journal of Epidemiology.

The researchers systematically reviewed 269 academic reports published between 1979 and 2014, including primary studies, meta-analyses, clinical guidelines, consensus statements, comments, letters, and narrative reviews. Each was classified according to whether it supported or refuted the link between reduced sodium intake and lower rates of heart disease, stroke, and death. More than half of the reports were published since 2011, suggesting once again that epidemiologists chase food fads and write papers to get on Dr. Oz, or perhaps that they were reminded there is no consensus and wanted to find one.

A citation analysis found papers on either side of the hypothesis were more likely to cite reports that drew a similar conclusion than to cite reports drawing a different conclusion, which suggests that the health community is engaged in confirmation. Dominating the literature were a small number of influential papers that sought to be strong evidence for and against.

"There are two almost distinct bodies of scholarship--one supporting and one opposing the claim that salt reduction in populations will improve clinical outcomes," says David Johns, a doctoral student in sociology at Columbia University. "Each is driven by a few prolific authors who tend to cite other researchers who share their point of view, with little apparent collaboration between the two 'sides.'"

"We pay quite a bit of attention to financial bias in our work," says Sandro Galea, dean of the Boston University School of Public Health. "We seldom pay attention, however, to how long-held beliefs bias the questions we ask and the results we publish, even as new data become available."

Indeed, 'follow the money' is used to debunk all manner of science and health claims, even though when it comes to scientists it is shown to be flawed. The same people who insist biologists and doctors supporting vaccines and conventional food have been bought off oddly claim that climate scientists can't be bought, even though Exxon has 10 times the money of Monsanto. Thus, claims of 'follow the money' are more politics than science.(1)

The analysis of systemic reviews revealed very little consistency in the selection of primary studies, which plagues all of epidemiology - and was how the 'salt causes heart attacks and high blood pressure' link was created in the first place.  If a primary study was selected by a review, the chance that another review would select the same study was less than a third. The finding points to uncertainty and disagreement about what should count as evidence, the authors argue. Moreover, choices about which studies to cite as primary evidence directly influenced the conclusions of systematic reviews.

"Decision-makers often must choose a course of action in the face of conflicting, uncertain evidence," says Ludovic Trinquart, Columbia University Epidemiology Merit Fellow. "Both the misuse of uncertainty and the exaggeration of certainty can shape the outcomes of public health decision-making processes."

(1) Though in the anti-science community, such as Environmental Working Group, Greenpeace, and individual actors, follow the money would be wise. They all sell alternatives and supplements. 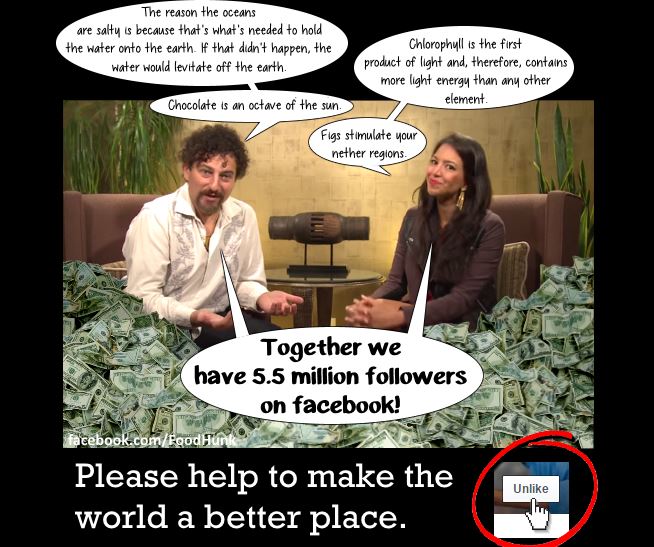