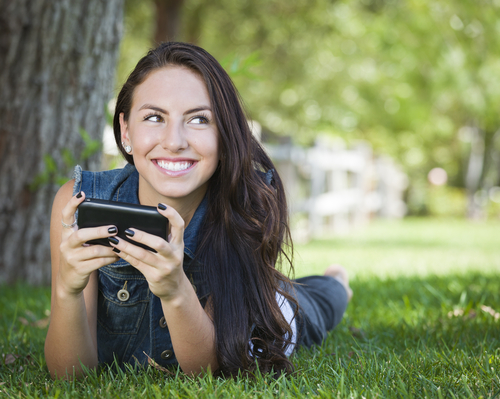 If you bought a Samsung Galaxy, a survey and personality trait match determined, you have more modesty and are more honest. You are also more of an introvert than an iPhone user. That makes sense. Ads for iPhone users show them dancing all over the place in public, even in business meetings.

This is more crazy talk from the social science field that thinks we evolved to like a certain type of car grill too, right? No, social psychology is the group that does surveys of college students in order to declare that fiscal conservatives are closed to new ideas, it is instead evolutionary psychologists declaring that we all evolved to dislike black women.

Heather Shaw, a graduate student in University of Lincoln's School of Psychology, revealed her findings to the British Psychological Society Social Psychology Section annual conference in Cardiff today and says they are based on 240 participants who completed a questionnaire about characteristics they associate with users of each smartphone brand. Then they matched those stereotypes against actual personality traits of 530 Android and iPhone smartphone users. If you see all of the confounders in that you had better go into a science field instead of psychology.

Women were twice more likely to own an iPhone than an Android Phone, so does that mean men are modest, more honest and more introverted than women? It would seem so. Men also have more 'avoidance of similarity' - whether people like having the same products as others - and iPhone users thought it was more important to have a high status phone than Android users.

So women are more like sheep being told what to do and wanting to fit in? That it totally sexist, female psychologists. Except no one pays any attention to social psychology outside mainstream media writing clickbait articles about observational studies.

"Imagine if we further researched how personality traits relate to the applications people download. It is becoming more and more apparent that smartphones are becoming a mini digital version of the user, and many of us don't like it when other people use our phones because it can reveal so much about us," Shaw said in the university's statement.