People living with type 1 diabetes must carefully manage their blood glucose levels to ensure they remain within a target range in order to prevent serious long-term complications related to high glucose levels (such as blindness or kidney failure) and reduce the risk of hypoglycemia (dangerously low blood glucose that can lead to confusion, disorientation and, if severe, loss of consciousness, coma and seizure). 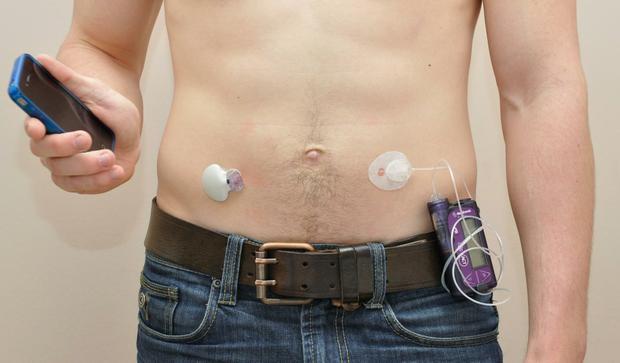 "Our clinical trial was the first to compare these two configurations of the artificial pancreas with the conventional diabetes treatment using an insulin pump," says Dr. Rabasa-Lhoret, Director of the Obesity, Metabolism and Diabetes research clinic at the IRCM and professor at the University of Montreal's Department of Nutrition. "We wanted to determine the usefulness of glucagon in the artificial pancreas, especially to prevent hypoglycemia, which remains the major barrier to reaching glycemic targets."

"Our study confirms that both artificial pancreas systems improve glucose control and reduce the risk of hypoglycemia compared to conventional pump therapy," explains engineer Ahmad Haidar, first author of the study and postdoctoral fellow in Dr. Rabasa-Lhoret's research unit at the IRCM. "In addition, we found that the dual-hormone artificial pancreas provides additional reduction in hypoglycemia compared to the single-hormone system."

"Given that low blood glucose remains very frequent during the night, the fear of severe nocturnal hypoglycemia is a major source or stress and anxiety, especially for parents with young diabetic children," adds Dr. Laurent Legault, paediatric endocrinologist at the Montreal Children's Hospital, and co-author of the study. "The artificial pancreas has the potential to substantially improve the management of diabetes and the quality of life for patients and their families."

IRCM researchers are pursuing clinical trials on the artificial pancreas to test the system for longer periods and with larger patient cohorts. The technology should be available commercially within the next five to seven years, with early generations focusing on overnight glucose control.

According to the Canadian Diabetes Association, an estimated 285 million people worldwide are affected by diabetes, approximately 10 per cent of which have type 1 diabetes. With a further 7 million people developing diabetes each year, this number is expected to hit 438 million by 2030, making it a global epidemic.

Today, more than nine million Canadians - or one if four - are living with diabetes or the rather ridiculously defined prediabetes, which most medical bodies wish researchers would stop invoking.

Published in The Lancet Diabetes&Endocrinology. Source: University of Montreal
News Articles
More Articles All Articles
About