News Staff
Since the discovery of how DNA encodes genetic information, evolutionary biology has focused on genes. One popular hypothesis - the "selfish gene" theory - states that cells and organisms exist simply as packages to protect and transmit genes.

The selfish gene is by no means accepted and a new paper gives biological 'selfishness' itself a twist, and proposes that if anything is "selfish" it must be the ribosome. That might change everything the public thinks they know about the evolution of life and, in fact, the function of ribosomes themselves.

What came first in the evolution of life? The standard answer is the three letters DNA but Dr. Meredith Root-Bernstein of Aarhus University, Denmark and Dr. Robert Root-Bernstein of Michigan State University writing in n Journal of Theoretical Biology that the question should rather be answered with one word: Ribosomes(and they have written a piece on their paper here). 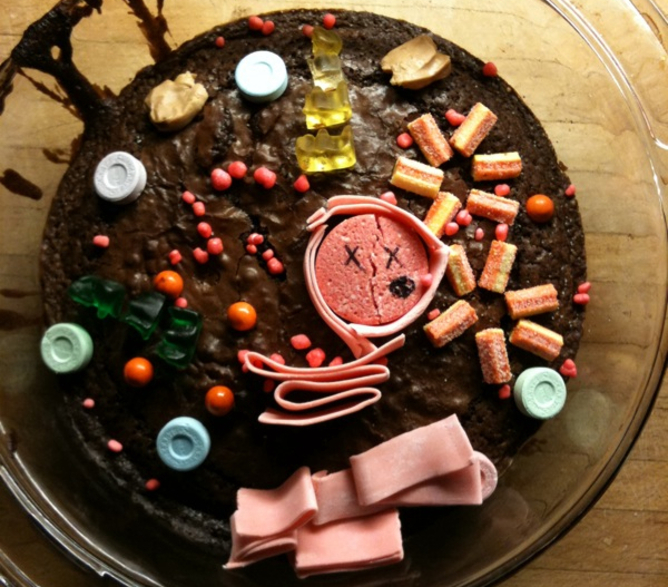 The ribosome is a large and complex molecule found in all living cells. It contains the machinery for translating the genetic information from DNA into the proteins that perform all the work of the cell and make up most of its structure.

"Ribosomes are made of three protein-encrusted RNA strands that textbooks tell us are purely structural, but we show that ribosomal RNA once acted as the genes, mRNAs and tRNAs required to make its own components -- and gave rise to these structures in modern cells," says Dr. Meredith Root-Bernstein.

What does DNA want?

The  Root-Bernsteins are  father and daughter and this research collaboration started when Meredith was re-reading her father Robert Root-Bernstein's 1989 book Discovering.

"Halfway through the book, inspired by the discovery strategies my father discusses there, I looked up and asked "what does DNA want?" It may sound strange to anthropomorphize a large molecule. However, the selfish gene theory is commonly expressed in a scientific short-hand as "DNA wants to replicate itself". But I wondered if this is really what DNA wants," Dr. Meredith explains.

When organic chemists anthropomorphize molecules, they say that molecules "want to be in their lowest energy conformation". This means that when they have energy molecules can move into different conformations, but they have a resting position that they come back to.

The resting position of DNA is very tightly curled up. It is so hard to unravel that researchers do not fully understand how the various helper molecules uncurl and unzip it for replication and translation.

Thus, as Meredith realized, from the organic chemistry point of view, the answer to "what does DNA want" is: It wants to sit curled up in a knot. DNA does not want to replicate or translate.

The conclusion that DNA was unlikely to be the dynamic mover of evolutionary processes led to the next question: So who does want to do replication and translation?

To Meredith and Robert Root-Bernstein the answer is clear: the ribosome. Its resting position is "ready to translate DNA into proteins." And not only are ribosomes found in all cells of all organisms, they are almost identical in all living species.

Ribosomes are composed of two types of molecules: proteins and RNA. RNA is structurally very similar to DNA and exists in three forms. One form of RNA is ribosomal RNA or rRNA, which according to textbook knowledge is purely structural, forming the scaffold or skeleton of the ribosome "machine". Two other kinds of RNA, messenger RNA or mRNA and transfer RNA or tRNA, are outside the ribosome and help the ribosome "machine" to put together proteins from DNA instructions. mRNA transcribes the genetic information from DNA and carries it to the ribosome. tRNA translates the mRNA message into amino acids, which are strung together on the ribosome to make a protein.

Inspired by Discovering, Meredith turned the selfish gene idea around. What if ribosomes are "selfishly" trying to reproduce themselves? Did ribosomes recycle ribosomal RNA to interact with proteins--creating the mRNAs and tRNAs we know today-- and invent DNA as securely stored assembly instructions? If this were the case, then the rRNA sequences should match the sequences of mRNAs, tRNAs, and DNA encoding ribosomal proteins.

This new hypothesis was tested by Robert, comparing ribosomal RNA to databases of all the RNAs, DNA and proteins of the bacteria E. coli.

If ribosomes want to reproduce themselves, the rRNA would have to contain three things that no one has ever noticed before. First, it must contain the "genes" encoding its own ribosomal proteins so as to be able to form a working "machine". Second, it must contain the mRNAs needed to carry its own genetic information to the "machine". Finally, it had to encode the tRNAs necessary to translate the mRNAs into proteins.

Meredith and Robert Root-Bernstein showed that the structure of the rRNA shows startlingly good matches to all of these structures in E. coli.

"We have demonstrated that rRNA contains the vestiges of the mRNAs, tRNAs and "genes" that encode its own protein structure and function. Ribosomes are not simply the passive translators DNA," says Dr. Robert Root-Bernstein.

We're all homes to ribosomes

The selfish ribosome model closes a big theoretical gap between, on the one hand, the simple biological molecules that can form on mud flats, oceanic thermal vents or via lightning, and on the other hand LUCA, or the Last Universal Common Ancestor, a single-celled organism.

Dr. Meredith Root-Bernstein adds: "Maybe the selfish ribosome puts a new spin on feeling kinship with other creatures. We are all just different kinds of homes to the ribosomes!"
News Articles
More Articles All Articles
About