While abortion is a common feature of the developed world, there remains some controversy about when it should be allowed. Only the United States and Canada still allow late-term abortion on demand because in the modern world a baby in the third trimester is already clear alive and will remain so with some care. In the third trimester the survival rate in America is 96%, only slightly below full-term children.

But below that survival is more difficult and survival at 22 weeks and under is "exceptional", which is why Europe is probably smarter than North America for allowing it until then but not after. There are other factors, according to a new study, including birth weight and gender, but policies can't be made with that many factors, and the Spanish Society of Neonatology drew their recent conclusions from a national database that gathers information on all babies born weighing less than 1.5 kilos. This database is constantly being updated and is used to ascertain the results of the care provided to these premature babies with less than 32 weeks' gestation. 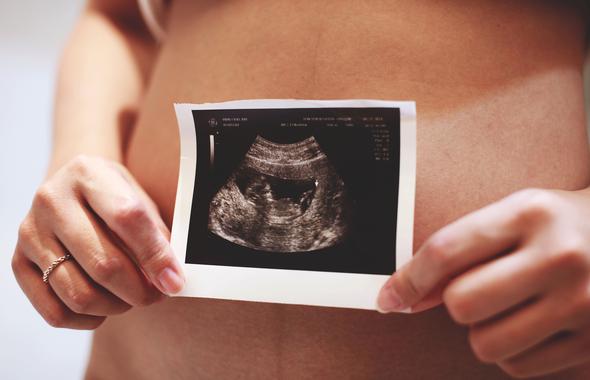 Survival with no serious illness in newborns under 23 weeks is exceptional. Photo credit: Jerry Lai

"The more premature they are, the more complications they present due to their prematurity and the lower their chances of survival," Fermín García-Muñoz Rodrigo, of the University Maternity Hospital of Las Palmas de Gran Canaria and one of the authors of the study, explained to Servicio de Información y Noticias Científicas (SINC). "And, when they do survive, they are at high risk of suffering from sequelae in their neurological and sensory development".

For this study, published in the Anales de Pediatría journal, the experts analyzed the youngest newborns - 3,236 babies born after 26 weeks or less of pregnancy. According to the experts, the so-called 'limit of viability' is between 22 and 25 weeks.

"Babies rarely survive at 22 weeks and, when they do, it is at the expense of enduring many complications and long hospital stays, which involve a lot of suffering for them and their families," García-Muñoz Rodrigo added.

The chances of survival increase from that point onwards and the proportion of complications gradually decreases as the gestational age rises. Indeed, babies at 26 weeks, despite being very high-risk, are considered viable and are a benchmark group for comparing the results from the other gestational ages.

Survival with no serious intracranial hemorrhage, periventricular leukomalacia (damage to the brain's white matter close to the ventricles), bronchopulmonary dysplasia (chronic lung disease) or retinopathy of prematurity (abnormal development of the blood vessels in the retina) stood at 1.5%; 9.5%; 19.0% and 29.9% at 23, 24, 25 and 26 weeks, respectively.

"Survival with no serious illness in newborns under 23 weeks is exceptional, and very low in newborns of 23 and 24 weeks," the doctor pointed out. "Newborns of 25 weeks or more have a reasonable chance of survival and, in the absence of major malformations, they should be given active resuscitation and intensive care".

The group of authors will shortly publish another study which analyses other factors that may have an influence on the survival of these babies, in addition to gestational age.

"Birth weight –the higher, the better–, sex –girls develop a little better than boys–, whether or not the mother was given corticoids before giving birth to help to develop the baby's lungs and single foetuses compared to multiple pregnancies are very important factors as they all increase the chances of survival," García-Muñoz Rodrigo underlined.

The expert concluded by saying that medicine is not an exact science and that every birth must be treated on an individual case-by-case basis. "Other factors such as whether or not the foetus presents malformations, the monitoring of the pregnancy, the parents' values and expectations, etc., are details that should also be taken into consideration".