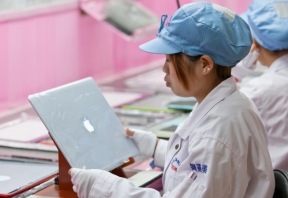 No one wants to knowingly buy products made with child labor or that harm the environment and that may be why few people want to know if their favorite products were made ethically. Even beyond that, people really don't like those good people who make the effort to seek out ethically made goods - because, like going on a cleanse, no one ever did so quietly.

But there is a downside to busybodies telling us how to live our lives beyond being annoying; it
undermines our commitment to pro-social values, says a marketing paper.

'Willful ignorance' is not new, nor is it limited to consumer goods. The head of the EPA commutes to work on a jet and any number of environmental activists take plane trips to visit climate conferences. New York state residents feel ethical that they banned fracking while ignoring the fact that without Pennsylvania natural gas, the lights in Manhattan would be off 20 percent of the time. People will look at a package, but don't want to do research. And they don't want you being smarmy about you doing the research either.

In one study, 147 undergraduates were told they would be evaluating four brands of blue jeans that differed on only four attributes: style, wash, price and a fourth attribute. The fourth attribute pertained either to an ethical issue (whether the company used child labor) or a control issue (delivery time for the jeans). Participants were told that due to time constraints, they could choose only two of the four attributes to make their evaluations.

As expected, most of the participants who were given the opportunity to know whether the jeans were made with child labor chose to remain 'willfully ignorant.'

In the next part of the study, the same participants provided their opinions about different types of consumers, purportedly for market segmentation purposes. Those who were willfully ignorant about child labor use on the jeans they evaluated were asked to rate consumers who would choose to research clothing manufacturers' labor practices before making a purchase. The finding? These participants were more likely to denigrate these ethical consumers as odd, boring and less fashionable, among other negative traits.

However, participants who didn't choose to find out about delivery times on the jeans they evaluated didn't judge those who did investigate delivery times more harshly. It all had to do with the ethics.

"Willfully ignorant consumers put ethical shoppers down because of the threat they feel for not having done the right thing themselves," she said. "They feel bad and striking back at the ethical consumers makes themselves feel better."

In this case, willfully ignorant participants who donated to charity did not harshly judge consumers who acted ethically when buying products.

"If we give people a chance to prove that they are indeed ethical, they don't judge more ethical consumers as harshly," Reczek said.

A third study showed what could happen when people choose to remain willfully ignorant about ethical concerns when shopping. In this experiment, consumers who didn't consider environmental concerns when choosing a backpack -- and denigrated those consumers who did -- were less likely to later support a pro-sustainability 'Think Green Pledge' online.

"After you denigrate consumers who act ethically concerning a specific issue, you actually care a little less about that specific issue yourself," Reczek said. "This may have some disturbing implications for how ethical you will act in the future."

Reczek said the results of this study suggest consumers want to do the right thing -- they just need help to do it.

"Most consumers want to act ethically, but there can be a discrepancy between their desires and what they actually do," Reczek said. "People are not going to go to your website to find out your company's good deeds. If consumers don't see ethical information right when they are shopping, there can be this cascade of negative consequences."

Published in the Journal of Consumer Psychology.
News Articles
More Articles All Articles
About