Modern agricultural science is a little smarter. Scientists make sure farmers know the right application for pesticides and when it comes to biotech crops, they make sure pests don't develop 'herd immunity'.

The widespread soil bacterium Bacillus thuringiensis, or Bt, kills certain insect pests but are harmless to most other creatures including people.  Both traditional and organic farmers use it; organic farmers spray it while the biotech approach is to take the gene expressed naturally in one plant and move it to another, so less spraying - and the pitfalls that can bring - is needed. 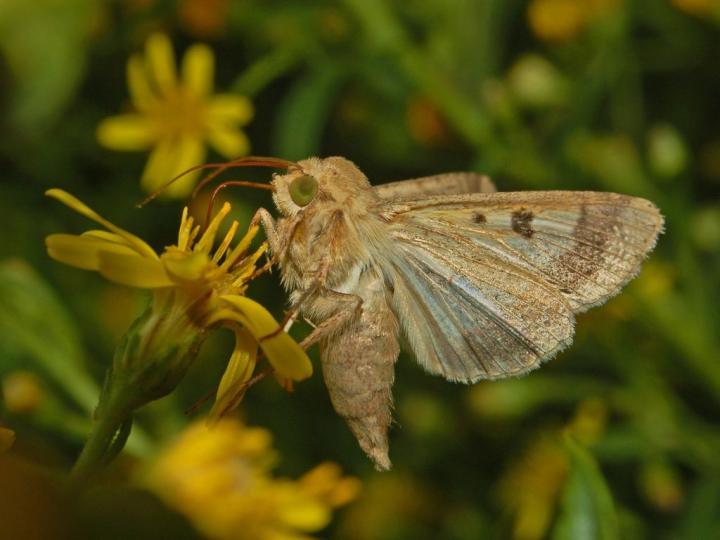 Since 1996, biotech forms of cotton, corn and soybean have been planted on more than half a billion hectares worldwide. Thus evolved resistance is a concern. To delay that, farmers plant refuges of insect host plants that do not make Bt toxins, which allows survival of insects that are susceptible to the toxins. When refuges near Bt crops produce many susceptible insects, it reduces the chances that two resistant insects will mate and produce resistant offspring.

In the United States, Australia and most other countries that accept science, farmers are required to plant refuges of non-Bt cotton near the first type of Bt cotton that was commercialized, which produces one Bt toxin named Cry1Ac. Planting such non-Bt cotton refuges is credited with preventing evolution of resistance to Bt cotton by pink bollworm (Pectinophora gossypiella) in Arizona for more than a decade.

Yet China is the world's number one cotton producer and such refuges of non-Bt cotton have not been required. The Chinese approach relies on the previously untested idea that refuges of non-Bt cotton are not needed there because the most damaging pest, the cotton bollworm (Helicoverpa armigera), feeds on many crops other than cotton that do not make Bt toxins, such as corn, soybean and peanuts. The results reported in the new study provide the first strong evidence that these "natural refuges" of non-Bt crops other than cotton delay evolution of pest resistance to Bt cotton.

Tabashnik used computer simulations to project the consequences of different assumptions about the effects of natural refuges in northern China. The simulations mimic the biology of the cotton bollworm and the planting patterns of the 10 million farmers in northern China from 2010 to 2013, where Bt cotton accounts for 98 percent of all cotton, but cotton represents only 10 percent of the area planted with crops eaten by the cotton bollworm.

"Because nearly all of the cotton is Bt cotton, the simulations without natural refuges predicted that resistant insects would increase from one percent of the population in 2010 to more than 98 percent by 2013," said Tabashnik, who heads the UA's Department of Entomology and also is a member of the UA's BIO5 Institute. "Conversely, resistance barely increased under the most optimistic scenario modeled, where each hectare of the 90 percent natural refuge was equivalent to a hectare of non-Bt cotton refuge."

In a third scenario, the researchers used field data on emerging cotton bollworms from different crops to adjust the contribution of each hectare of natural refuge relative to non-Bt cotton. These data were provided by co-author Kongming Wu of the Institute of Plant Protection in Beijing. By this method, the total natural refuge area was equivalent to a 56 percent non-Bt cotton refuge, and 4.9 percent of the insects were predicted to be resistant by 2013.

To distinguish between these possibilities, a team led by co-author Yidong Wu of China's Nanjing Agricultural University tracked resistance from 2010 to 2013 at 17 sites in six provinces of northern China. Insects were collected from the field and more than 70,000 larvae were tested in laboratory feeding experiments to determine if they were resistant. This extensive monitoring showed that the percentage of resistant insects increased from one percent of the population in 2010 to 5.5 percent in 2013.

The field data imply that the natural refuges of non-Bt crops other than cotton delayed resistance with an effect similar to that of a 56 percent non-Bt cotton refuge, just as the model predicted.

"Our results mean we are getting a better understanding of what is going on," Tabashnik said. "We'd like to encourage further documentation work to track these trends. The same kind of analysis could be applied in areas in the U.S. where the natural refuge strategy is used.

"Natural refuges help, but are not a permanent solution," he added. "The paper indicates that if the current trajectory continues, more than half of the cotton bollworm population in northern China will be resistant to Bt cotton in a few years."

To avoid this, the authors recommend switching to cotton that produces two or more Bt toxins and integrating Bt cotton with other control tactics, such as biological control by predators and parasites. "The most important lesson is that we don't need to choose between biotechnology and traditional agriculture," Tabashnik said. "Instead, we can use the best practices from both approaches to maximize agricultural productivity and sustainability."