News Staff
Standard cleaning procedures in retail delis may not eradicate Listeria monocytogenes bacteria, which can cause a potentially fatal disease in people with vulnerable immune systems.

In a recent study, 6.8 percent of samples taken in 15 delis before daily operation had begun tested positive for L. monocytogenes. In a second sampling phase, 9.5 percent of samples taken in 30 delis during operation over six months tested positive for the bacteria. In 12 delis, the same subtypes of the bacteria cropped up in several of the monthly samplings, which could mean that L. monocytogenes can persist in growth niches over time.

"This is a public health challenge," said Haley Oliver, assistant professor of food science at Purdue. "These data suggest that failure to thoroughly execute cleaning and sanitation protocols is allowing L. monocytogenes to persist in some stores. We can't in good conscience tell people with weak immune systems that it is safe to eat at the deli." 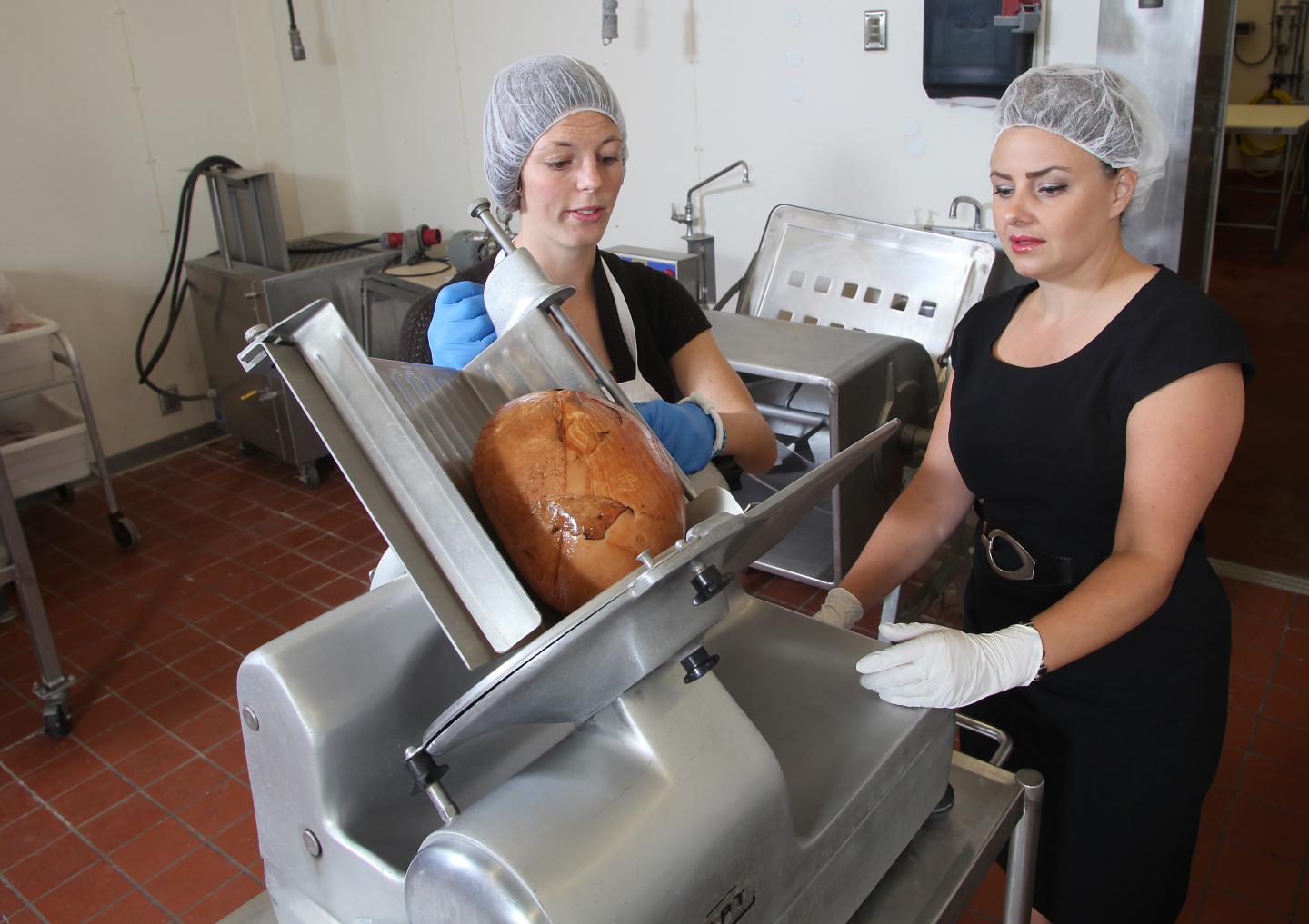 In healthy individuals, eating food contaminated with L. monocytogenes may lead to common food poisoning symptoms such as diarrhea or an upset stomach. But the bacteria can cause listeriosis - a serious systemic infection - in immunocompromised people such as the elderly, infants and children, pregnant women and people with HIV.

In severe cases, L. monocytogenes can pass through the intestinal membrane and into the bloodstream or cross the blood-brain barrier.

The bacteria can also cross the placental barrier in pregnant women, which can trigger abortion.

Ready-to-eat deli meats are the food most associated with L. monocytogenes, which can grow at refrigerator temperatures, unlike Salmonella and E. coli.

Stringent control measures and inspections have tamped down the presence of L. monocytogenes at meat processing plants, but there are no regulations specific to Listeria for retail delis. Recent risk assessments suggest that up to 83 percent of listeriosis cases linked to deli meats are attributable to products contaminated at retail.

"It's kind of the Wild West," Oliver said. "Manufacturing has a zero-tolerance policy for Listeria, but that dissipates at the retail level. The challenge of developing systematic cleaning procedures for a wide variety of delis - which are less restricted environments than processing plants - can make Listeria harder to control."

Oliver and her team tested for L. monocytogenes and other Listeria species in 30 delis in national supermarket chains in three states. The researchers swabbed surfaces that come into frequent contact with food, such as meat slicers and counters, and surfaces that typically do not.

"The prevalence of L. monocytogenes is higher than we expected in a significant percentage of delis, and the bacteria is persisting in these delis over time," Oliver said.

Most of the positive samples were collected from surfaces that usually do not come into contact with food, examples being floors, drains and squeegees. But the bacteria can be transferred unintentionally from these surfaces to food, Oliver said.

While the percentage of L. monocytogenes found on food contact surfaces was low, "these numbers would never be acceptable in manufacturing," she said. "The reason we haven't had a listeriosis outbreak tied to a deli is because it's a disease with a long incubation time, and it's difficult to track to a source. There are only about 1,600 listeriosis cases a year. But the likelihood of death is huge."

The research team tested 442 of the L. monocytogenes isolates collected from delis to determine how virulent the isolates were - that is, how great the likelihood was that they could cause disease. They found that less than 3 percent of the isolates had a lower potential for virulence.

"The vast majority of the isolates were 'hot' - comparable to wild-type L. monocytogenes," Oliver said. "These are particularly cause for concern."

She said that delis' standard sanitation operating procedures can keep the bacteria at bay only if the delis are in good condition, thoroughly cleaned and have sloped floors. But cleaning and sanitation may not effectively manage Listeria in a deli with structural damage such as missing grout, loose wall coverings or a drain that is not working properly. L. monocytogenes can flourish when it finds a moist niche that is infrequently cleaned.

Delis with contamination problems should "minimize the 'stuff' in the deli," Oliver said, to make it possible to clean the area thoroughly and train employees on how to maintain a sterile environment.

Consumers with vulnerable immune systems should buy prepackaged deli meats or heat ready-to-eat meats to 165 degrees, she said. Meat contaminated with L. monocytogenes will not show signs of spoilage, such as sliminess or odor.

"That's the challenge with pathogens such as Listeria, Salmonella, E. coli and norovirus: They don't cause changes in the characteristics of the products," she said. "Can you smell a food and tell if it's safe? Absolutely not."

The study was a collaboration between researchers at Purdue University, Cornell University, the U.S. Department of Agriculture and North Carolina Agricultural and Technical State University.

The paper was published in the Journal of Food Protection. The USDA's Food Safety and Inspection Service provided funding for the research. A second study that tested the virulence potential of the strains of L. monocytogenes found in retail delis was published in Foodborne Pathogens and Disease. That research was funded by the Purdue University Food Marketing Institute and the USDA-Agricultural Research Service.
News Articles
More Articles All Articles
About