The Senecavirus is a "new" virus, discovered several years ago by Neotropix Inc., a biotech company in Malvern, Pennsylvania. It was at first thought to be a laboratory contaminant, but researchers found it was a pathogen, now believed to originate from cows or pigs. Further investigation found that the virus was harmless to normal human cells, but could infect certain solid tumors, such as small cell lung cancer, the most common form of lung cancer.

Scientists at Neotrophix say that, in laboratory and animal studies, the virus demonstrates cancer-killing specificity that is 10,000 times higher than that seen in traditional chemotherapeutics, with no overt toxicity. The company has developed the "oncolytic" virus as an anti-cancer agent and is already conducting early phase clinical trials in patients with lung cancer.

The 3-D structure of the virus, officially known as Seneca Valley Virus-001, reveals that it is unlike any other known member of the Picornaviridae viral family, and confirms its recent designation as a separate genus, Senecavirus. A new study reveals that the virus's outer protein shell looks like a craggy golf ball¬—one with uneven divets and raised spikes—and the RNA strand beneath it is arranged in a round mesh rather like a whiffleball.

"It is not at all like other known picornaviruses that we are familiar with, including poliovirus and rhinoviruses, which cause the common cold," says the study's senior author, Associate Professor Vijay S. Reddy, Ph.D., of The Scripps Research Institute. "This crystal structure will now help us understand how Senecavirus works, and how we can take advantage of it."

But the researchers still did not know how the virus worked, so they turned to Reddy. He and his Scripps Research team, especially Sangita Venkataraman, Ph.D., a postdoctoral researcher, determined the Senecavirus crystal structure.

Reddy describes the differences they found between other picornaviruses and the Senecavirus as like variations among car models of the same manufacturer. "The chassis is the same, but the body style is different," he says. "How the body of a virus is shaped determines how it infects cells."

The structure of the Senecavirus is also depicted at http://viperdb.scripps.edu/, the "Virus Particle Explorer" developed at Scripps Research by Reddy and his colleagues. The online database is a worldwide resource for information on the structure of viral particles; it contains details of 253 viruses to date. 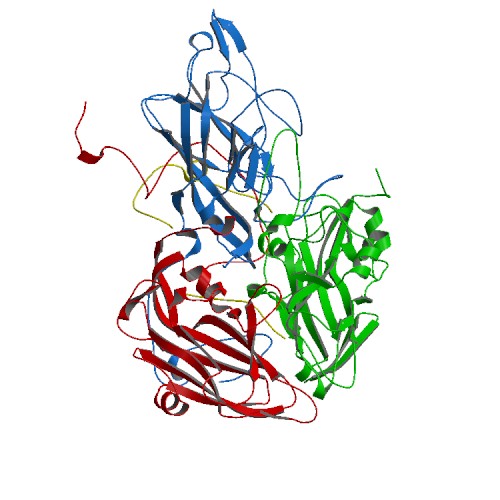 Once the structure of Seneca Valley Virus-001 was solved, researchers went on to identify several areas on the viral protein coat that they think might hook onto receptors on cancer cells in the process of infecting them. The researchers are now conducting further investigations on this process. "It will be critically important to find out what region of its structure the virus is using to bind to tumor cells, and what those cancer cell receptors are," Reddy says. "Then we can, hopefully, improve Senecavirus enough to become a potent agent that can be used with many different cancers."