In March of 1869,  the chemist Dmitri Ivanovich Mendeleev made a presentation to the Russian Chemical Society and outlined patterns in elements that led him to postulate his periodic table of the existing 63 elements. Since a new one was being discovered about once per year, he also made sure to leave room for additions and even hypothesized a few more.

Chemistry was the future, understanding elements was key, he and others believed, and they turned out to be right. If you are reading this article on a cell phone, notes New York University, you're holding at least 30 different naturally-occurring elements, including lithium.

In honor of the periodic table’s 150th anniversary, NYU News asked a group of NYU chemists to name their favorite elements and why they love them. From lithium (#3) to gallium (#31), here are their picks. 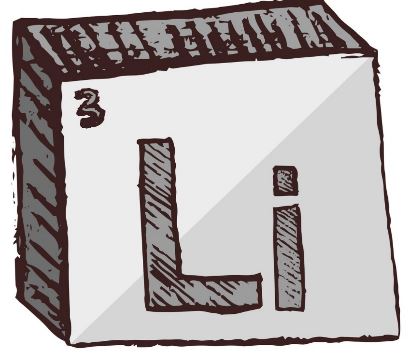 Lithium is by far my most favorite element these days. It is one of the lightest elements, and it has been incredibly transformative. All our cell phones and computers have lithium-ion rechargeable batteries, and the Nobel Prize in Chemistry this year was awarded for the development of lithium-ion batteries.

In my lab we are intimately familiar with the element, as we develop techniques that allow us to peek inside batteries to determine whether they are functioning well and to obtain clues for how to improve batteries, extend their lifetimes, and for keeping them safe. 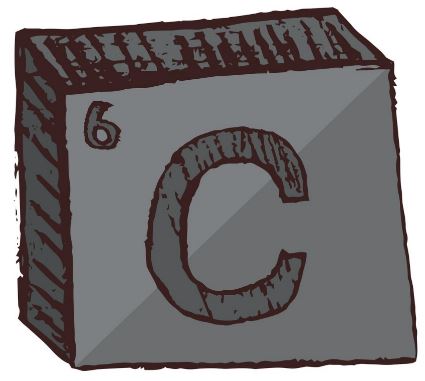 I like carbon because the rules with which carbon atoms connect are so simple, yet the structures that can be created with them (and a few lighter and heavier supporting actors) are so diverse. After one lecture, students can propose molecules that have never been made or even thought of before but are most likely stable. You can bet the farm (and your career) on carbon! 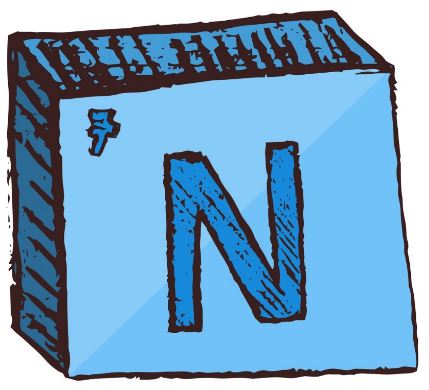 Nitrogen. It is the element that is inherent to the two semantophoretic molecules [which carry information] of biology, nucleic acids and proteins. Without nitrogen, biology is largely just sugar and fat.

Silicon. It's in almost everything: rocks, sand, computers, those little packets you find inside shoes. It is the element most like carbon, but it is so unlike carbon that it leads to unexpected chemical behavior that can be really useful. And just for the record: no, I don't think there could be life, as we know it, based on silicon instead of carbon. 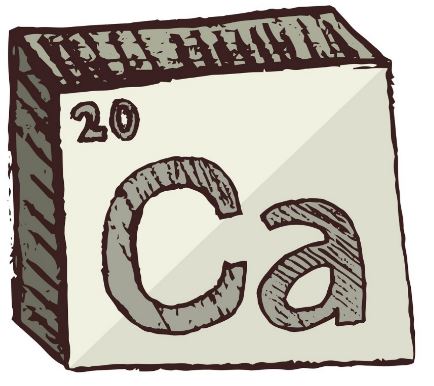 My current favorite element is calcium. It is the stuff of our geosphere as a component in limestone and gypsum minerals and our biosphere in the form of bones, teeth, seashells and even egg shells. It gives us backbone and structure. But not just us... As a component of portland cement and clad gypsum (drywall), it serves to fashion shells and shelter for people, too.

It is a component of chalk which, up until the advent of dry erase markers, has served to enhance the structure to our ideas and expression spoken or wordlessly sketched upon a blank slate.

Andy Hamilton, Professor of Chemistry and President of NYU 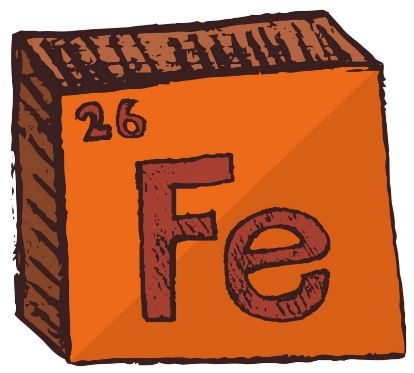 It is usual for most organic chemists to say that their favorite element is carbon, due to its role as the fundamental building block of life. But for me, it is the element iron (Fe) that holds most fascination. Iron is an element that, even in a biological setting, can access multiple oxidation states to carry out a range of critical functions.

In its Fe2+ state, it can be found (surrounded by my favorite molecule—the porphyrin ring) in hemoglobin. This remarkable combination of Fe2+ and porphyrin gives blood its bright red color and also the ability of the Fe2+ to bind to oxygen (O2) and transport it around the body. The dangerous effects of carbon monoxide (CO) come from its ability to bind even more tightly to the Fe2+ in hemoglobin and prevent access to the life-giving oxygen molecule.

Iron cycles between its Fe2+ and Fe3+ states in the cytochrome proteins, one of whose critical roles in life is to transport electrons around the cell. The deadly poison cyanide (CN-) binds to the Fe2+ in cytochrome, just like the O2 or CO does in hemoglobin, blocking that cycle and completely destroying the pathways of energy management in living cells.

Lastly, iron accesses Fe4+ and Fe5+ states in the oxidizing enzyme cytochrome P450. This protein functions in the liver as nature’s bleach, often cleaning up all the unwanted messes that find themselves inside living organisms, including us!

James Canary, Professor and Chair of the Department of Chemistry 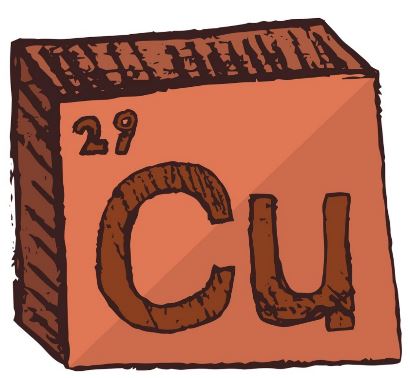 I am a fan of the element copper.  Not only is it pretty when shiny, but it also displays amazingly diverse chemistry.  It was discovered 11,000 years ago and is named after Cyprus. The Copper Age (Chalcolithic) in the Middle East is one of my favorite periods in history. It is an essential element for all life on the earth. In its natural, metallic form, it is highly conductive and malleable, making it an ideal material for wires.

In our research, we have found that it can cause a molecule that has a handedness like a rubber glove to turn itself inside out, resulting in the opposite handedness. Just like when you turn your left hand rubber glove insight out and it then fits your right hand, so can we do that with molecules.

If the element loses one electron, it takes on a single positive charge, forming copper(I).  Colorless copper(I) is a key player in living organisms for capturing, storing, and transporting oxygen in the cell. In human blood, iron plays this role, but copper(I) is very common in such a role among many organisms. Copper(I) is also used in organic chemistry for some reactions that are amazing in terms of what they do and their efficiency.

If copper metal loses two electrons, it is left with two positive charges for each copper atom, copper(II). Compounds of copper(II) are typically blue in color. It loves to be dissolved in water and reactions involving attachment/dissociation to/from copper(II) can be very fast. Copper(III) is also known, but it is very reactive and not easy to observe.

One of the amazing things to me is that copper(0), copper(I), and copper(II) are so different from one another that they seem like different elements. Everything about them is different—their appearance, their stability, and their reactivity. 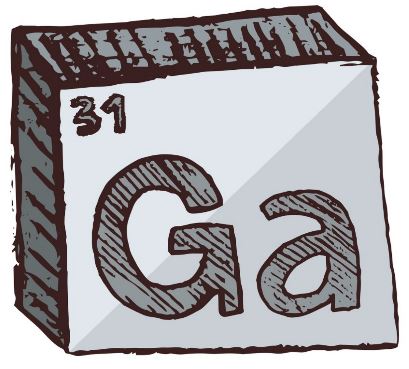 My favorite element has to be gallium—an atomic number of 31, a prime, surrounded by aluminum, germanium, indium, and zinc in the periodic table, and more rare than gold. It was predicted in 1871 by none other than Dmitri Mendeleev, who named it "eka-aluminium." It was then discovered in 1875 by Paul Emile Lecoq de Boisbaudran, who named it after "gallia," Latin for Gaul, otherwise known as France, his native country.

Why is gallium so interesting? It melts near 30°C (86°F), slightly above room temperature. This property was key to a cheap parlor trick, wherein gallium forged into spoons for tea service would surprise by melting when used! Hence its appearance on the cover of the book The Disappearing Spoon: And Other True Tales of Madness, Love, and the History of the World from the Periodic Table of the Elements by Sam Kean. Yet gallium is not simply a playful object—it is superior in many ways to silicon when used in electronics applications.