A vegetarian diet is promoted as beneficial to heart health and even the environment in more advocacy-based studies, but as its popularity has grown images of thin beautiful people are being supplanted by reality of just as many obese people as in a conventional diet.

A vegetarian diet can't perform miracles, it's still about calories.

A new study is only observational, like almost all diet studies, but it found that a plant-based diet will really only be helpful if it's in conjunction with lifestyle changes. People on vegetarian diets who frequently consumed less-healthful foods like sweets, refined grains and juice showed no heart health benefits, much the same as in a conventional balance.

This observational study began in 2002 and followed 2,000 Greek adults for 10 years. Participants were asked to complete a detailed food frequency survey at the time of enrollment, after five years and after 10 years.

At the end of the period, researchers looked for a relationship between diet and the development of cardiovascular disease using a dietary index that divided participants into three groups based on the number of animal-based foods (which included meats as well as animal-derived products such as eggs and dairy) they consumed per day. Overall, men eating fewer animal-based foods were 25% less likely to develop heart disease compared to men eating more animal-based foods. The same overall trend was seen in women, but the relationship was less strong, with an overall risk reduction of about 11% among women eating the fewest animal-based foods. 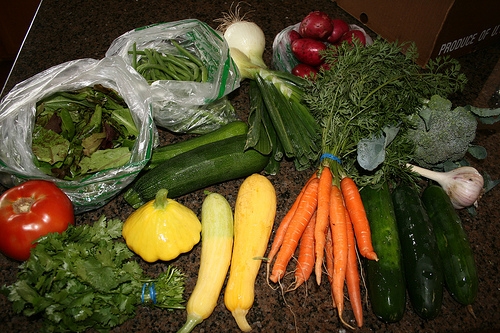 Food frequency questionnaires, where people are asked to recall what they ate, are controversial because they are subject to so much recall bias, but epidemiologists in diet fields use them often if they can declare "statistical significance" but given enough rows and columns for foods and diseases or benefits, almost every food can now be shown to either prevent or cause disease. Therefore results should be placed over the on the exploratory side, not the science one. However, if you are looking to try a vegetarian diet, and are willing to reduce calories and exercise, this correlates to better heart health.

Focus on the type of food if you have psychological reasons, but it's all energy balance when it comes to obesity

Though the authors were able to declare statistical significance in their findings of a difference in cardiovascular disease risk between these groups, the overall difference in consumption of animal-based foods was relatively small. Those following a more plant-based diet consumed, on average, three animal-based foods daily while those following a less plant-based diet consumed five.

So the authors focused on the continued presence of "processed meats" which the International Agency for Research on Cancer also tried to correlate statistically to increased cancer.

If a plant-based or vegetarian diet is not enough to not enough to reduce cardiovascular disease risk, then what does matter? Calories and fitness. As vegetarian diets get more of a marketing push in America, snacks and calorie-laden products suggest they are healthier but that is in defiance of everything known about fitness.

Women had a more dramatic increase in heart disease risk when their plant-based diet was accompanied by unhealthy snacks or vegetarian options laden with calories. The analysis did not adequately control for other lifestyle factors, making a food frequency questionnaire result even more in the 'interesting' category, but avoid new diet books and corporate media articles touting it as heart attack prevention.