News Staff
Ageism, discrimination against the elderly, has been reported in The Lancet Public Health journal as a problem for 25 percent of older people in England. And that is not truly old people, even those in their 50s face it. The repercussions are not just emotional, the study links the discrimination to worse health outcomes.

Despite the known prevalence of age discrimination and existing evidence that other forms of discrimination, like racism, are linked to poorer health,  little attention is paid to ageism, which may be proof of how common it is. Considering the demographic changes underway in high-income countries  - people are living longer, thanks to modern science and medicine tackling basic issues like affordable energy and food, not to mention cancer and lifestyle diseases like smoking - that 1,943 of 7,731 (25%) over 50-year olds surveyed experienced age discrimination is only going to get more worrisome.

The research was conducted using data from the English Longitudinal Study of Ageing, a nationally representative sample of over 50-year olds. Participants reported experiences of age discrimination and rated their own health via self-completed questionnaires and face-to-face computer-assisted personal interviews in 2010-11. Follow-up questionnaires and interviews collected data on participants’ health after a six-year period to record any health conditions they had developed since. 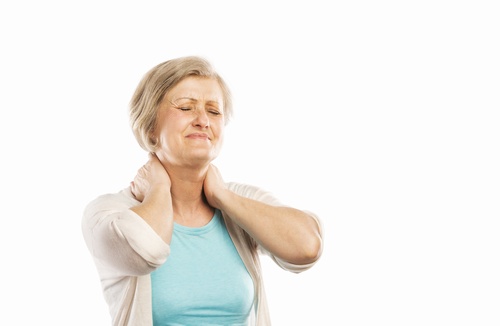 Adding to the problem is that those who reported age discrimination were more likely to rate their health as fair or poor compared to those who had not reported it (29% versus 24%), including heart disease (17% versus 13%), chronic lung conditions (7% versus 5%), limiting longstanding illnesses (39% versus 33%), and depressive symptoms (19% versus 12%).

This is also common in people who face other forms of discrimination. It has been shown to provoke stress responses harmful to both mental wellbeing and physical health. People may use unhealthy behaviours, like smoking, drinking, poor diet or physical inactivity, to cope with experiences of discrimination. Specifically in age discrimination in healthcare, it could mean that older patients are not receiving the same standard of care as their younger counterparts. 41% (804/1,943) of those who reported experiencing age discrimination specified has said that they “receive poorer service or treatment than other people from doctors or hospitals” in England's nationalized NHS system.  Older patients with cancer are also less likely to receive treatments that aim to cure the disease and older people are rarely included in clinical trials for drugs to treat heart disease.

Follow-up data was only available for 5,595 of the 7,731 participants included in the original analyses and participants who dropped out in the intervening six years tended to be older and less affluent, which may have led to conservative numbers of newly developed conditions. Notably, 45% (883/1,943) of participants who reported age discrimination also reported discrimination based on other personal characteristics (eg. sex, physical disability) and the negative health effects were most pronounced in this group.

The authors therefore stress that other factors, like socioeconomic status and disability, may intersect with and compound experiences of age discrimination.

Writing in a linked Comment, Professor Martin Gulliford, King’s College London, UK, stated, “The public health community has been slow to acknowledge the central role of discrimination in health inequality… Although the interrelationships between age, socioeconomic status, health status and experienced discrimination are complex, these findings suggest that not only does age discrimination cause short-term psychological distress to older people, but could also have an important effect on their long-term mental and physical health.”
News Articles
More Articles All Articles
About