News Staff
For most aging people, their 90s are the most perilous time. But if you live to be 105, your chances of living to 110 basically level out after declining when people reach their 90s.

A new study found that Italian women born in 1904 who reached age 90 had a 15 percent chance of dying within the next year, and six years, on average, to live, and if they made it to 95, their odds of dying within a year increased to 24 percent and their life expectancy from that point on dropped to 3.7 years. But data from the Italian National Institute of Statistics shows the death trajectories of 3,836 Italian residents who were aged 105 and older between 2009 and 2015 revealed that the chances of survival for these longevity warriors plateaued once they made it past 105.

Specifically, the results show that people between the ages of 105 and 109, semi-supercentenarians for lack of a more elegant term, had a 50/50 chance of dying within the year and an expected further life span of 1.5 years. That life expectancy rate was projected to be the same for 110-year-olds, or supercentenarians, so mortality risk reaches a plateau. 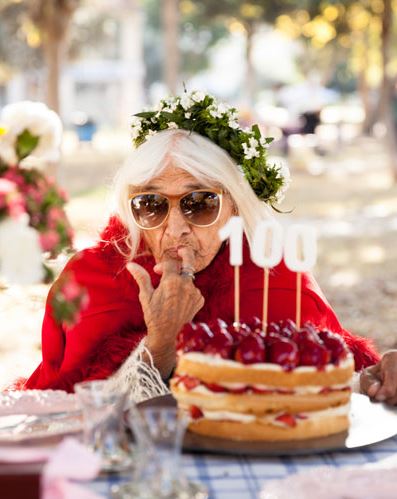 Obviously this does not mean people might live forever, it means that modern medicine, food, and lifestyles are keeping people alive longer with better quality of life. Eventually the dice will roll against you. But the oldest human on record, Jeanne Calment of France, died in 1997 at age 122, which means that people born into today's world of vaccines, medicine, surgery, cheap energy, and plentiful food at affordable cost, could exceed that.

First, they have to get past their 80s and 90s where mortality rates surge due to frailty and a higher risk of such ailments as heart disease, dementia, stroke, cancer and pneumonia. Frail people tend to die earlier while more robust people, or those who are genetically lucky, can live to extreme ages, if random cancer does not get them.
News Articles
More Articles All Articles
About