News Staff
Bumblebee safety alert; don't put holograms in that meadow or near the urban beehive you probably regret buying.  A new study shows that bees, which are already confounded by lots of different things, are mystified by iridescent colors, colors that seem to change based on the angle you view them from. Like bubbles do.

Holograms are not yet common, but iridescent colors are actually everywhere in nature, from peacock feathers to insect camouflage. And evolution works. Bees, like probably many other insects, are baffled by iridescence. It obstructs the bumblebee's ability to identify shape. In a new study, when presented with different types of artificial flower targets rewarded with sugar water, the bees learned to recognize which shapes contained the sweet reward. Unless the targets were iridescent. Then they found it much more difficult to discriminate between flower shape.

The first links between iridescence and camouflage were made over a century ago by American naturalist named Abbott Thayer, "the father of camouflage", who published a famous book on different types of camouflage such as mimicry, shape disruption and dazzle, and is believed to have inspired the "Razzle Dazzle" painting of battleships during the first World War. 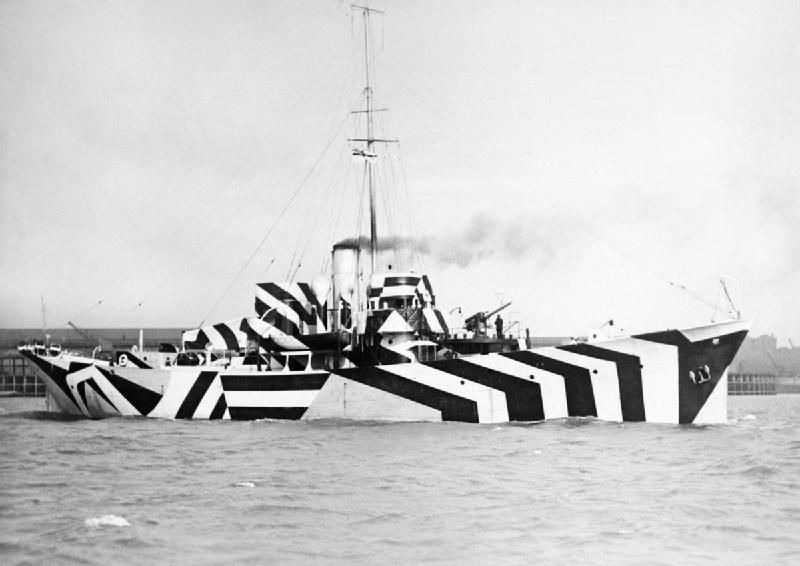 Using bumblebees as a model for (predatory) insect vision and cognition shows that iridescence probably does deceive predators and make them overlook the prey, the same way disruptive camouflage work to break up an otherwise recognizable outline, making prey look completely different to the shape the predators are searching for. 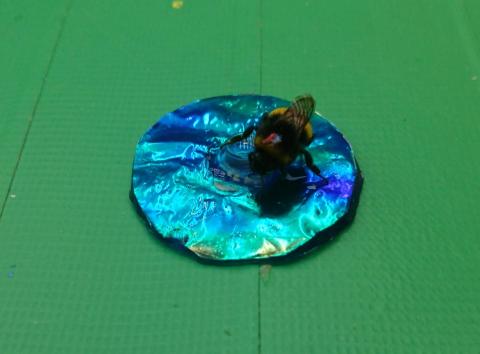 A bumblebee and an iridescent target. Credit: Karin Kjernsmo

The researchers concluded that iridescence produces visual signals which can confuse potential predators, and this may explain its widespread occurrence in nature. It also means iridescence has a lot more value than attracting mates, which is the dominant belief about its presence in nature.