News Staff
Betel quid is areca nuts mixed with betel, and sometimes tobacco, leaves. It creates a sense of euphoria so many of the 600 million users are addicted, even though it can cause harm. Quids are prepared by mixing sliced areca nuts with slaked lime (calcium hydroxide), spices, sweets and in some cases tobacco, and wrapping the concoction in leaves from the betel vine.

Quid chewing turns users' teeth bright red and forces them to spit out a lot of red saliva, which discolors local sidewalks and buildings. Quid use is addictive and leads to serious health effects including oral cancer and cardiovascular issues.

If that sounds like cigarettes and chewing tobacco, they have one more thing in common: compounds derived from the areca nut could help both betel quid chewers and tobacco users kick the habit.

Cigarette smoking is linked to over 400,000 deaths each year in the U.S. There are smoking cessation and harm reduction tools, such as nicotine patches, gums and e-cigarette/vaping. But some prescription smoking cessation drugs can also cause harmful side effects. For example, some patients taking the drug varenicline (Chantix) report having suicidal thoughts, sleepwalking and having cardiovascular problems. 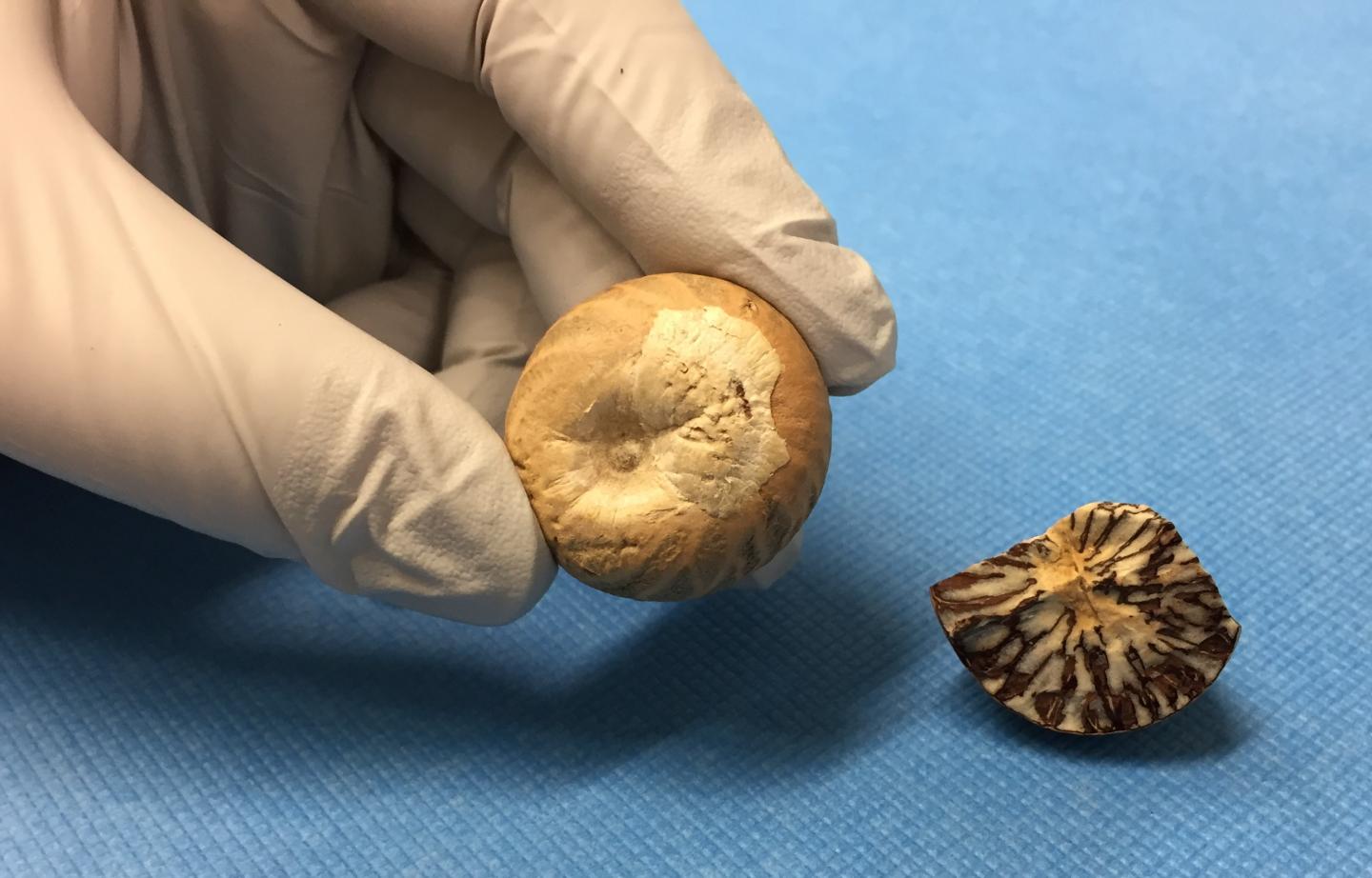 Varenicline reduces nicotine cravings by binding to the same receptors that attach nicotine molecules to brain cells, but it activates those receptors to a lesser degree. Undesirable effects occur because the drug also binds to other nicotine receptors that aren't involved in addiction. As an alternative, researchers presenting at the  American Chemical Society meeting studied arecoline, one of the psychoactive alkaloids in the areca nut. They discovered that arecoline stimulates the same brain cell receptors responsible for nicotine addiction but doesn't stimulate the other types of nicotine receptors.

Now they are synthesizing a range of compounds with structures that are slightly different from arecoline. The researchers have found that some of these new compounds also bind to the addiction-related receptors, while leaving the other receptors alone. That means these arecoline analogs may be able to treat addiction to cigarettes or to betel quids without side effects.
News Articles
More Articles All Articles
About