News Staff
Though an entire $2 billion industry has been built scaring people about the modern world (which has promoted a $35 billion supplement market and a $110 billion Organic industry) we're in a Golden Age.

Even the poorest people can afford food, what were once booms and busts of famine and plenty have now leveled off, poverty declines are ahead of U.N. goals, and even centralized energy in developing countries, which could help a billion people, is attainable if western states stop telling poor nations they can only get World Bank help if it's not coal, natural gas, or nuclear.

And we can prevent cancer for the first time.

Human papillomavirus (HPV) causes nearly all cervical cancers and some cancers of the vagina, vulva, penis, anus, and oropharynx. CDC’s Morbidity and Mortality Weekly Report (MMWR) shows that from 2012-16 there were an average of 43,999 HPV-associated cancers were reported each year, an estimated 34,800 of those were likely caused by HPV, and 32,100 (92%) cancers were attributable to HPV types targeted by the 9-valent HPV vaccine and could be prevented. 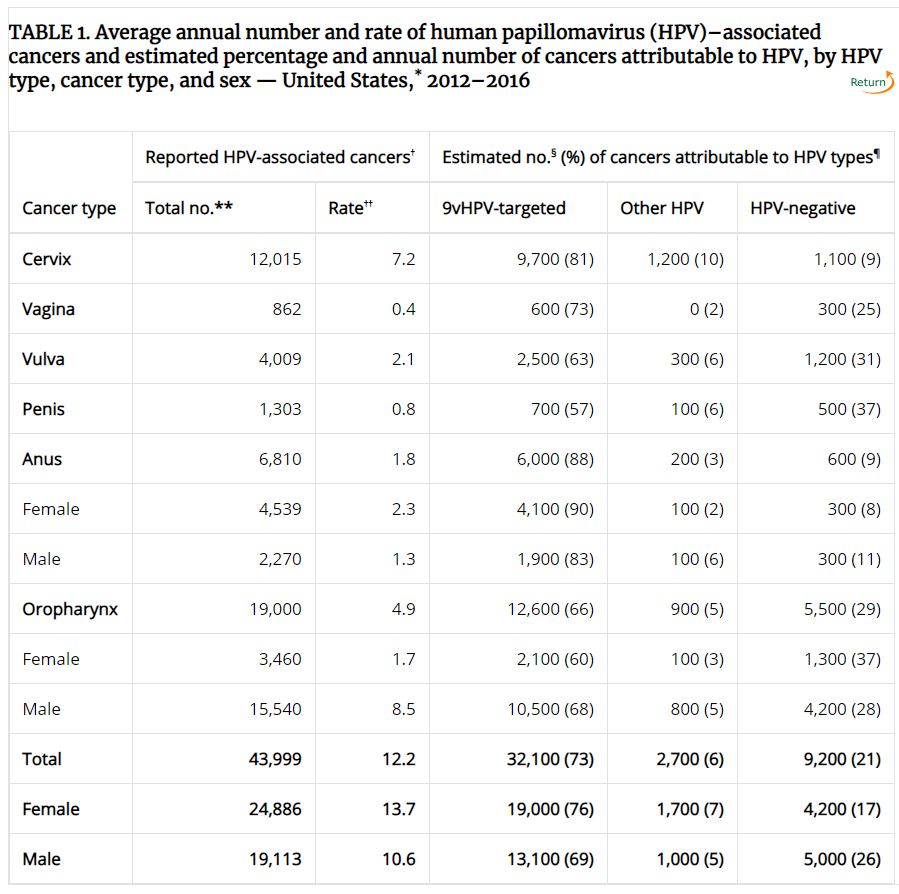 Progression from persistent HPV infection to precancers and eventually invasive cancer occurs over many years, so it might be too soon to see the effects of HPV vaccination on invasive cancers