News Staff
Cheese and insulin are two products most people don't realize were GMOs long before they became the target of anti-science groups. GMOs were instead embraced by activists like Rachel Carson, who saw them as a way to produce a lot more of things like insulin - no pigs needed - while using a lot fewer pesticides for plant crops.

In western nations it remains controversial - though a weedkiller has been found safe by European science authorities yet again it is "socially dead" - but elsewhere not only is science still acceptable, people want more of it.

People are not only fine with GMO cheese as it has existed for decades, new survey results show they are okay if science makes it impossible to use no animals at all. Precision fermentation is a process that allows specific proteins to be produced via microorganisms. By inserting a copied stretch of cow DNA, microorganisms produce milk proteins. 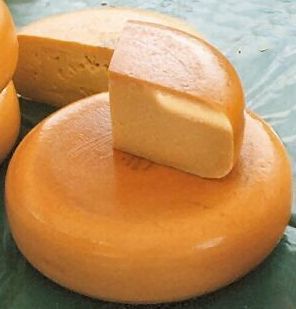 Like with rennet in cheese, the process is more efficient than using animals to make proteins and avoids the negative side effects of industrial animal agriculture, including emissions related to growing grain and cows themselves.

In Brazil, Germany, India, the UK, and the USA, 5,054 individuals across all age groups surveyed are 79% behind precision-fermentation-derived dairy cheese,. Across dietary preferences, flexitarians - people with the normal diet of poor people from the past, less meat - showed the highest levels of enthusiasm for these products.

Some of it is just marketing. Plant juice branded as milk hasn't run up against Big Environmental even though the environmental impact of something like almonds is tremendous. While soy milk contains harmless levels of estrogens it is still 10,00OX the estrogenic effect of a BPA liner in a can yet soy milk is unchallenged by lawyers. That halo may mean animal-free dairy "cheese product" can find a niche.

In the past, the US government would not have allowed it to be called any kind of cheese. Kraft once lost a government lawsuit because their packaginh might have been misconstrued to suggest it had as much calcium as the milk that went into the cheese. Yet during the Obama administration the government allowed broccoli to be called rice and everything to be called "milk" so the Biden administration is also unlikely to enforce food product labeling standards. When Non-GMO Project is allowed to sell a non-GMO sticker for rock salt, anything goes.

The sales pitch to keep environmental groups from turning $2 billion in annual firepower against them is obvious; they can note the benefits of animal-free dairy, like 85% fewer greenhouse gas emissions than conventional dairy.

The market is there, because vegan cheese is considered awful even by zealots. People don't want to have to sacrifice when science can create quality alternatives. No one wants to go back to pre-GMO insulin or dead papayas in Hawaii. If  precision fermentation can make delicious cheese for regular consumers while touting ethical and environmental advantages, it's a huge market. Those who currently eat the most cheese were the most likely to want to buy animal-free dairy cheese in the survey.
News Articles
More Articles All Articles
About