News Staff
During the COVID-19 pandemic, wealthier people had the money to stay home and order online. Not so for poor people, who instead made more trips to local dollar stores and small groceries to get their family's food.

Why is that bad? It isn't at face value, supporting local businesses is an aspirational claim for many, but a group of academics claim that without equal incomes and equal access to buying in bulk, poor people were worse off when it comes to making healthy food choices. That is like arguing muffin in a local bodega is bad while a muffin in a Whole Foods is good, when experts know the Whole Foods version has far more calories.

For their paper in Applied Geography, researchers used anonymized cell phone location data to analyze 2020 travel patterns for Columbus area grocery stores (393 in total) during pre-lockdown (Jan 6 - March 15), lockdown (March 16 - April 19) and initial reopening (April 20 - May 31). Results showed that mid- and high-end grocery stores and big-box food retailers in the city saw their in-person customer levels plunge when COVID-19 lockdowns began, and the scholars speculate that is because their mostly affluent clientele could shop online and stock up on supplies, so they went to stores less often. However, dollar stores and smaller independent grocers, particularly in low-income neighborhoods, saw only a small decline in traffic. 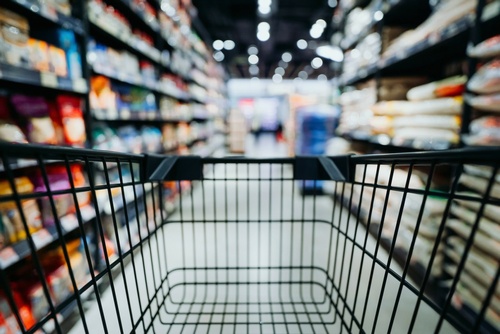 When larger grocery stores and big-box retailers reopened, most of the returning customers lived in the immediate area. Customers from longer distances - the authors say they were from low-income neighborhoods - did not return in the same numbers as prior. The humanities scholars speculate the change was because poor people had fewer transportation options, not that poor people rediscovered shopping in their neighborhoods. They also claim that food purchased in dollar stores or local small delis is unhealthier, which is epidemiology but not science.

What to do? That is unclear. The authors advocate for more 'healthy' stores in poor neighborhoods but no idea how that would work. Run neighborhood stores out of business? Create a government grocery store chain that subsidizes organic vegetables?

Food is inexpensive and that is good for all income levels. Academics asking government to create winners and losers in food, and remove agency from the minorities they claim to care about, is not a win for society. It's calories, not the type of food, that makes the health difference, and being fat is still healthier than starvation.
News Articles
More Articles All Articles
About