News Staff
When it comes to getting treatment for cancer treatment, your marital status could be making a significant difference in the level of medical care you get, finds a new analysis.

The stakes are high, given that 45 percent (<111 million) U.S. adults are unmarried and given the demographic trend among young people that number is likely to rise.

University of Delaware professor emerita of English Joan DelFattore became interested in this notion because of her personal experience as an unmarried patient so she examined 84 medical articles based on a National Cancer Institute database to show that patients are significantly less likely to receive surgery or radiotherapy if they are not currently married.

There is a disparity but it's been argued that without someone to counsel them, factors such as patients’ treatment preferences make a difference, some even claim unmarried people might have a weaker will to live. DelFattore found that those are speculations not only unsupported by data but actually conflict with extensive research findings. 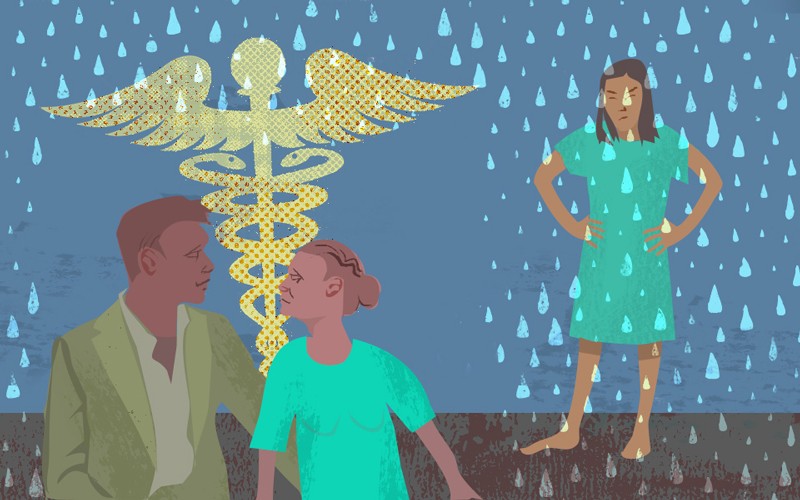 Her article suggests that cultural stereotypes inappropriately influence the treatments recommended for unmarried patients with cancer. Patients need strong social support and unmarried people often have especially strong networks of friends and community ties, but medical researchers tend to equate social support with having a spouse, DelFattore found. “The statistics definitely show a connection between marital status and the treatment patients receive. There are people getting sick and getting second-best treatment.”

She recounts that when she went for surgery her oncologists was not concerned about a friend network rather than a spouse but for post-surgery chemotherapy, the first doctor she saw asked about her marital status and then recommended a milder course of treatment.

“He wouldn’t risk serious side effects [of the more aggressive treatment] with, as he put it, ‘someone in your situation,’” she writes. She changed doctors and was given the harsher, more effective chemotherapy by an oncologist who accepted that she had the necessary support.

Almost all authors in the 84 articles she reviewed equate marriage with social support, “but the psychological and sociological studies they cite to support that claim don’t even mention the words ‘marriage,’ ‘marital’ or ‘spouse,’” she said. Instead, those studies talk about social support as a complex web of connections that can’t be reduced to a single element.

Obviously if there is a stereotype about social support and marriage it can change. Just like with video games and violence, where claims of correlation declined as more journalists who played video games entered the workforce, it may be that as more medical workers who remain single interact with the public, any bias would disappear.
News Articles
More Articles All Articles
About