E-Cigarettes Lead To 800% Increase In Quitting Cigarettes In The Most Important Demographic
By News Staff | December 28th 2021 12:35 PM | Print | E-mail

News Staff
Smoking remains the most prevalent lifestyle disease in the world, and for people who want to quit, there are lots of options, from "cold turkey" to vaping to patches and gums.

But among smokers who don't intend to quit, there is a clear winner in getting them to stop smoking anyway: vaping.

A nationally representative cohort study of 1,600 adult regular cigarette smokers who did not use e-cigarettes and did not plan to ever quit smoking did - e-cigarettes as smoking cessation tools led to 8-fold greater odds of cigarette discontinuation.

The data came from the longitudinal Population Assessment of Tobacco and Health Study (waves 2-5 conducted between October 2014 and November 2019), with participants evaluated in 3 pairs of interviews. 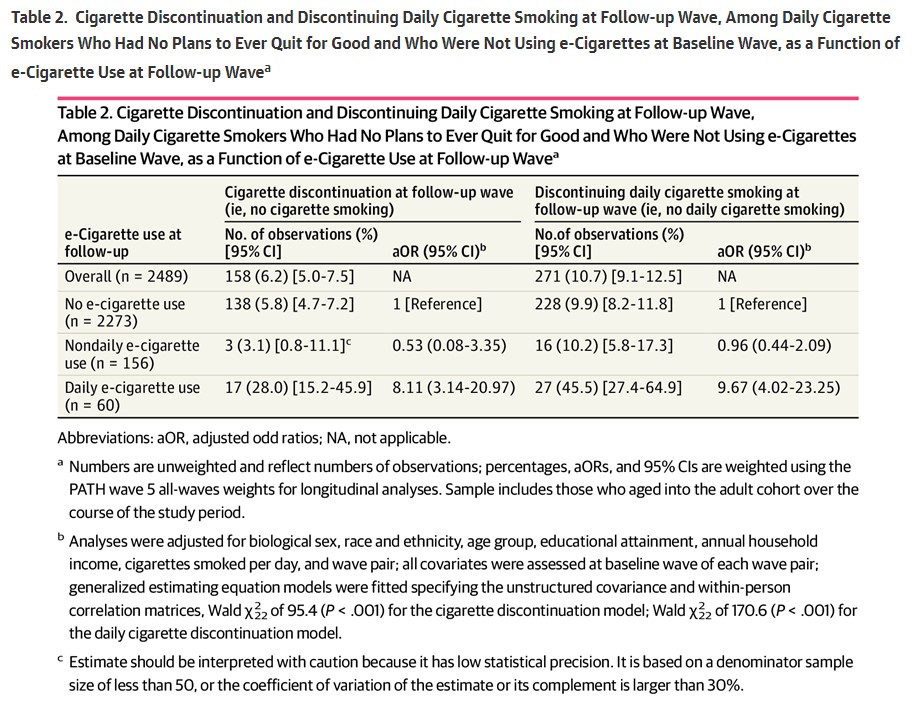 Adult daily cigarette smokers initially not using e-cigarettes and with no plans to ever quit smoking for good (2489 observations from 1600 individuals) were included. The pool was over 56 percent male, over 38 percent were 55 years of age and up, which represents the decline in smoking among youth due to education of harm and early smoking cessation alternatives, and 50 percent smoked a pack per day or more.

The study adds new insight into getting people off of cigarettes because most published studies that investigate whether use of e-cigarettes can help cigarette smokers quit smoking have been restricted to smokers who are planning to quit. They have not considered smokers’ quit intentions. This was among people who had no intention of quitting and were not using e-cigarettes as an addition to smoking.
News Articles
More Articles All Articles
About