Though numerical models don't always correlate with reality, a new paper states that the world can achieve a 2 degree Celsius climate-stabilizing goal and reach net-zero emissions by mid-century, without closing newer plants that, let's be honest, no country is going to close.

In the paper, the authors calculate that if used at the current rate until they age out of functionality, existing power plants and other fossil-fuel-burning equipment will release about 658 gigatons of carbon into the atmosphere--more than half of it by the electricity sector and with China producing the largest share at 41 percent (the US and EU combined, for example, are 16 percent.) But even with little improving in willingness of China to close a lot of coal plants it just opened, that would only be  two-thirds of the budget needed to constrain warming to below 2 degrees Celsius over the next three decades. 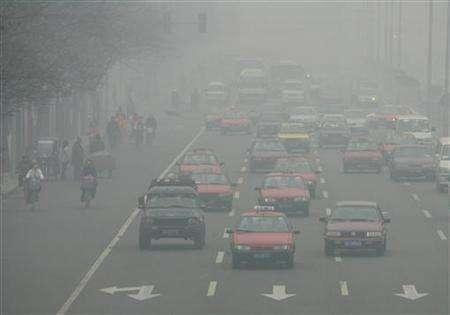 Beijing in December 14, 2004, when China were still denying they were the world's largest polluter. REUTERS/Reinhard Krause/Files

It's easy to get despondent about progress knowing China won't even begin to negotiate its CO2 emissions until 2030, while smaller countries suffer and the west tightens its belt. Though the US has replaced old coal power plants with new natural gas ones and America is down to 8-9% that won't be enough to offset China and India, both which claim developing nation protections..

So the current numbers are good news regarding existing plants, but the situation will be dire if they keep building new coal plants and allow unchecked pollution.