News Staff
A new national poll says that parents are in a panic about things like swimming pools.

Least likely to think their kids can swim; black parents. A slight majority of white parents are fine with kids swimming sans parental hovering. Almost all parents think a natural lake (84 percent) or ocean (87 percent) , lacking concrete and a diving board, is too dangerous to be allowed. Only 63 percent would even allow kids to swim in their backyard.

Granted, pools can be dangerous, with some 5,000 child and teen injuries a year and around 1,000 drowning deaths occurring, but it shows we are bad at evaluating risk. Sharks attack fewer people than cows do, but who do you think parents worry more about after Shark Week? 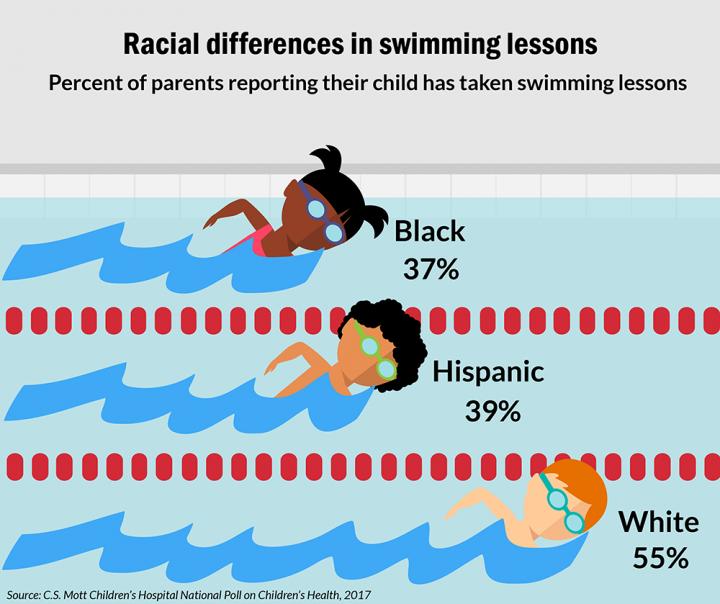 The survey was 1,543 parents of children ages 6-18 and also found that a child's likelihood of taking swim lessons and swimming independently differed based on the race and ethnicity of the parent reporting. Among parents who say their child can swim independently, 45 percent would allow the child to be in a pool unsupervised, compared with 14 percent of parents whose child cannot swim independently. Black children drown in pools at 5.5 times the rate of white children, and black parents in this poll were much less likely to report their children had swimming lessons than white parents.

The poll did not take into account rural versus urban differences, with rural kids more likely to dive off rocks and swing off ropes into swimming holes without any parents being within miles of them.
News Articles
More Articles All Articles
About