Fruit Flies Have The Cognitive Ability To Learn Sexual Preferences - And Perhaps Transmit Them Culturally
By News Staff | November 30th 2018 12:02 AM | Print | E-mail

Culture, lasting changes in a group that cannot be ascribed to genetic or ecological variation, is obviously a human quality, and it may be found in other vertebrates like some other primates and birds. A new computer simulation says it may be in fruit flies also.

Fruit flies can learn and copy the sexual preferences of their conspecifics after observing them copulating. For a behavioral pattern to be deemed culturally transmitted, there are considered: 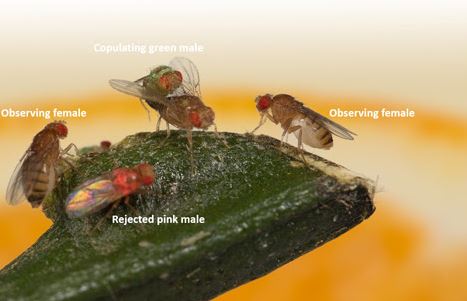