Genetic Engineering May Lead To A World Where Malaria Can Be Contained Without DDT
By News Staff | June 28th 2019 06:37 AM | Print | E-mail

News Staff
DDT and other chemicals remain the most effective way to contain malaria - by eliminating the disease vectors that spread it.
But even though the U.S. EPA has written the book for how DDT is to be sprayed inside homes, it was banned here over the objections of scientists and remains controversial for environmental groups who want to ban all chemicals. A new method may make chemicals less necessary but it involves another area of science activists oppose; genetic engineering.

Decades ago, scientists identified a strain of bacteria that kills Anopheles stephensi, one of the disease vectors for malaria, which still kills 450,000 people per year. Yet its mode of action couldn't be determined, making it unsuitable for a product. That problem has been solved. Scientists have discovered a neurotoxin produced by the bacteria, called PMP1. They also uncovered several proteins that likely protect PMP1 as it's being absorbed in the mosquito's gut. 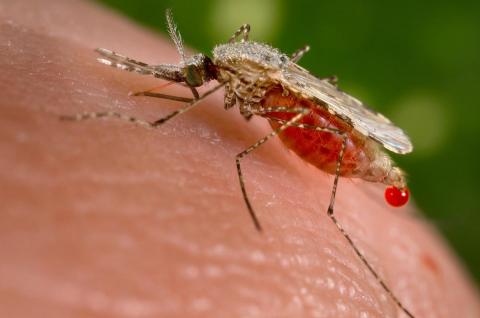 
They achieved it by blasting the bacteria with radiation, creating mutant bacterial strains that could not produce the toxin. By comparing the nontoxic strain to the one that kills Anopheles, they found proteins in the bacteria that are the keys to toxin production.

Many neurotoxins generally target vertebrates, and PMP1 bears 30 percent chemical similarity to botulinum or tetanus, both highly toxic to humans, which will be enough for anti-science groups to oppose it. But it does not affect humans, vertebrates, fish, or even other insects. Even mice, which are killed by almost everything, don't die, even by injection.


The authors believe the bacteria that produce PMP1 likely co-evolved along with Anopheles mosquitoes. The team has applied for a patent on this discovery. There are other mosquito species that have no ecological value and are just disease vectors and this may open the door for newer safe ways to attack those as well.