News Staff
Around 2,200 B.C, agricultural societies around the world experienced an abrupt cooling and a critical mega-drought. Humans had been progressing nicely since the end of the last Ice Age, and suddenly this cooling, and accompanying droughts, forced the collapse of civilizations in Egypt, Greece, Syria, Palestine, Mesopotamia, the Indus Valley, and the Yangtze River Valley, which led to migrations and regenerations in other areas.

Evidence of this period, now called the 4.2 kiloyear climatic event, has been found on all seven continents and it has become the reason for the most recent unit of the Geologic Time Scale,  now called the Late Holocene Meghalayan Age. 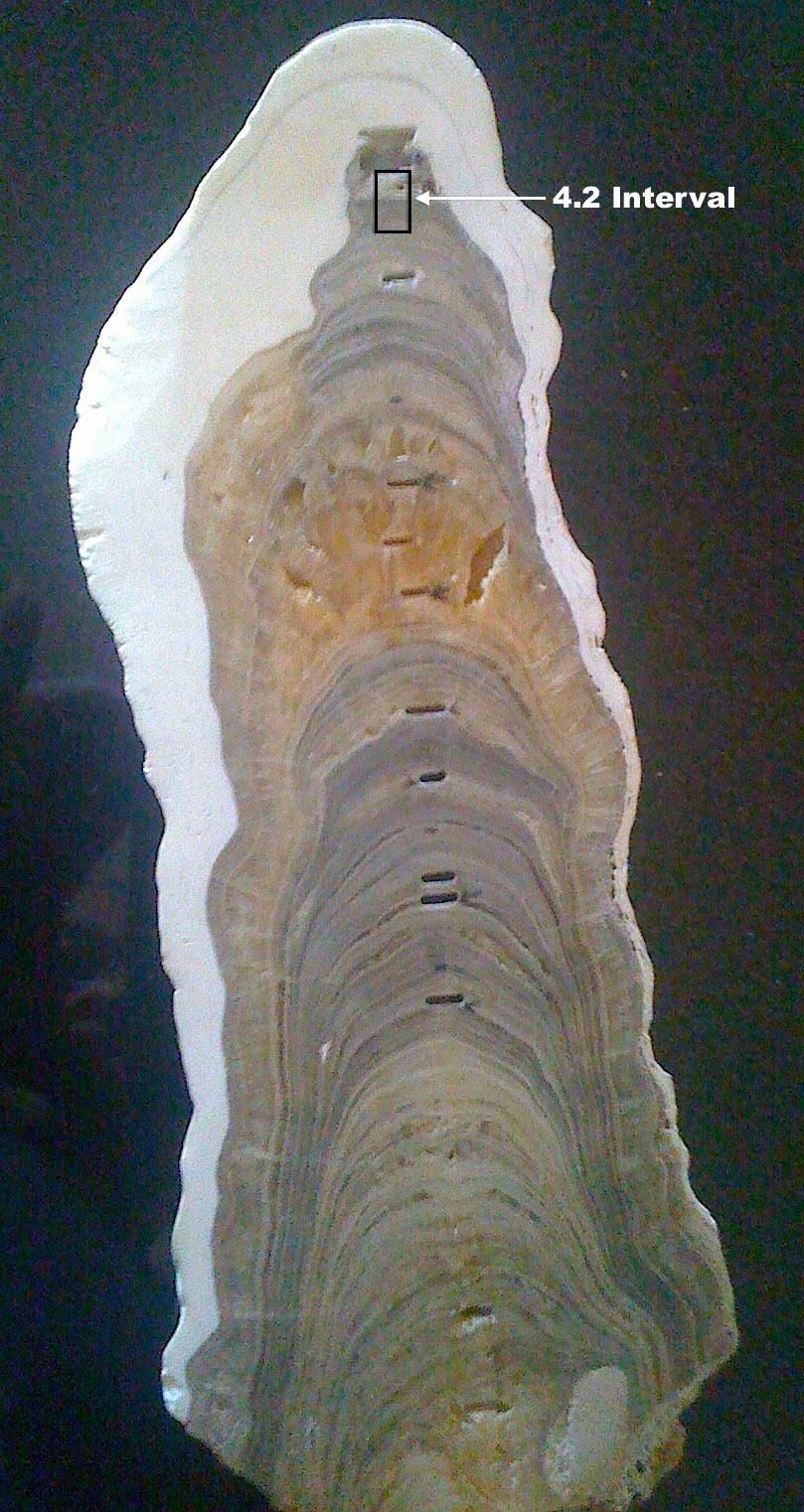 It is unique among the many intervals of the Geologic Time Scale because for the first time
The International Commission on Stratigraphy, which is responsible for standardizing the Geologic Time Scale,  chose to use cultural events instead of just science ones, which should be a concern for the mainstream geology community.

Ordinarily units of the Geologic Time Scale are based on sedimentary strata that have accumulated over time and contain within them sediment types, fossils and chemical isotopes that record the passage of time as well as the physical and biological events that produced them. So they are not wrong, even if the motivations about including cultural changes strike as political pandering.

The three new ages of the Holocene Epoch are represented by a wealth of sediment that accumulated worldwide on the sea floor, on lake bottoms, as glacial ice, and as calcite layers in stalactites and stalagmites. Those sedimentary strata on which the ages are based are referred to as stages, and together these strata comprise the Holocene Series.

The commission also created the Middle Holocene Northgrippian Age and the Early Holocene Greenlandian Age, with beginnings defined at climatic events that happened about 8,300 years and 11,700 years ago, respectively. The three ages comprise the Holocene Epoch, which represents the time since the end of the last Ice Age. The executive committee of IUGS voted unanimously to ratify them.

The lower boundary of the Greenlandian and Northgripppian stages are defined at specific levels in Greenland ice cores. The lower boundary of the Meghalayan Stage is defined at a specific level in a stalagmite from a cave in northeast India. The ice cores and the stalagmite are now identified as international geostandards, and have been placed in protected archives accessible for further study.
News Articles
More Articles All Articles
About