News Staff
COVID-19 resulted from a coronavirus that originated in a horseshoe bat in China but with at least two dozen species of horseshoe bats in China (no one knows how many there really are), no one can determine which species  was involved.

In the last 15 years, the known species of bats have increased 25 percent, but cataloging them is only the beginning. We know little about how they evolved or how to keep them from hosting human diseases. Still, cataloging is a start and four new species of African leaf-nosed bats have been revealed. They are cousins of the horseshoe bats that served as hosts of the virus that caused COVID-19.

Mitochondrial analyses also suggest at least two separate colonizations of Africa by Asian groups but there could easily be more. 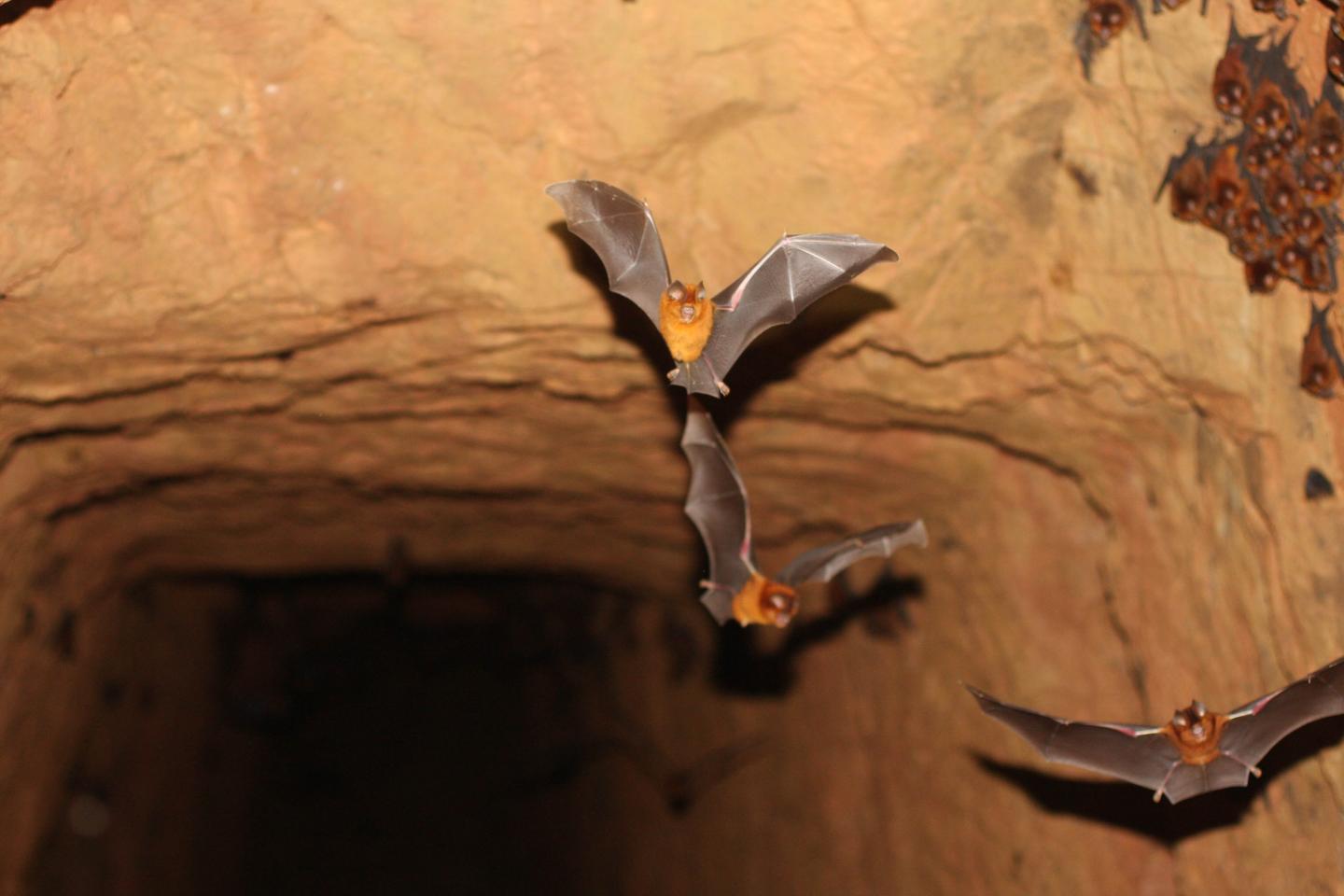 A new species of Hipposideros from an abandoned gold mine in Western Kenya. Credit: B.D. Patterson, Field Museum

The bats are in the family Hipposideridae. They get their common name from the elaborate flaps on skin on their noses that the bats use as radar dishes to focus their calls and help catch their insect prey. The family is spread throughout Africa, Asia, and Australasia.

To get a better understanding of how the leaf-nosed bats are distributed and how they're related to each other, researchers undertook a genetic study of leaf-nosed bats in Africa almost entirely based on museum specimens collected in various parts of Africa over the last few decades. In several cases, supposedly widespread species proved to be several genetically distinct species that simply looked alike--new species hidden in plain sight. These "cryptic species" often look similar to established species, but their DNA hints at their distinct evolutionary histories.

The genetic research indicates at least four new and undescribed species of bats; these new species don't have official names yet but they didn't play a role in the coronavirus pandemic. Horseshoe bats transmitted the novel coronavirus to another mammals (possibly the endangered, scale-covered pangolins), which then spread the disease to humans. It's not the first time humans have contracted a disease from bats; they seem more capable of transmission than most other mammals.

It's not that bats are uniquely dirty or especially covered in viruses, all animals carry viruses, but bats seem especially good at passing them on to us. It might be because bats are some of the most social mammals, living in colonies of up to 20 million.

The other possible reasons for bats being prone to spread disease can be traced to their ability to fly.  Since flying is such hard work, bats have high metabolisms and strong immune systems, and their DNA is really good at repairing itself when damaged. This extra hardiness means bats can harbor disease-causing agents without getting sick themselves; that same dose can be harmful to humans who come into contact with the bats.

They don't have much contact with humans, except Asians love to eat them and other exotic wildlife, and they are purchased in wet markets where live animals are kept, animals are slaughtered, and rivers or feces and urine are common.