News Staff
About 74,000 years ago on the island of Sumatra, Indonesia, the largest volcanic event over the last two million years, 5,000 times larger than the Mount St. Helen's eruption in the 1980s, ushered in a worldwide "volcanic winter" that lasted up to ten years followed by a 1,000 year-long cooling of the Earth's surface.

While how close humanity got to extinction is unknown, surviving Homo sapiens in Africa were said to have survived by developing new strategies that eventually enabled them to re-expand and populate Asia 60,000 years ago in a single, rapid wave along the Indian Ocean coastline.

Perhaps it didn't happen that way, perhaps it wasn't really even necessary. Fieldwork in southern India led to debates about the timing of human dispersals Out of Africa and the impact of the Toba super-eruption on climate and environments. A new paper continues the debate, providing evidence that Homo sapiens were present in Asia earlier than expected and that the Toba super-eruption wasn't as apocalyptic there as believed. 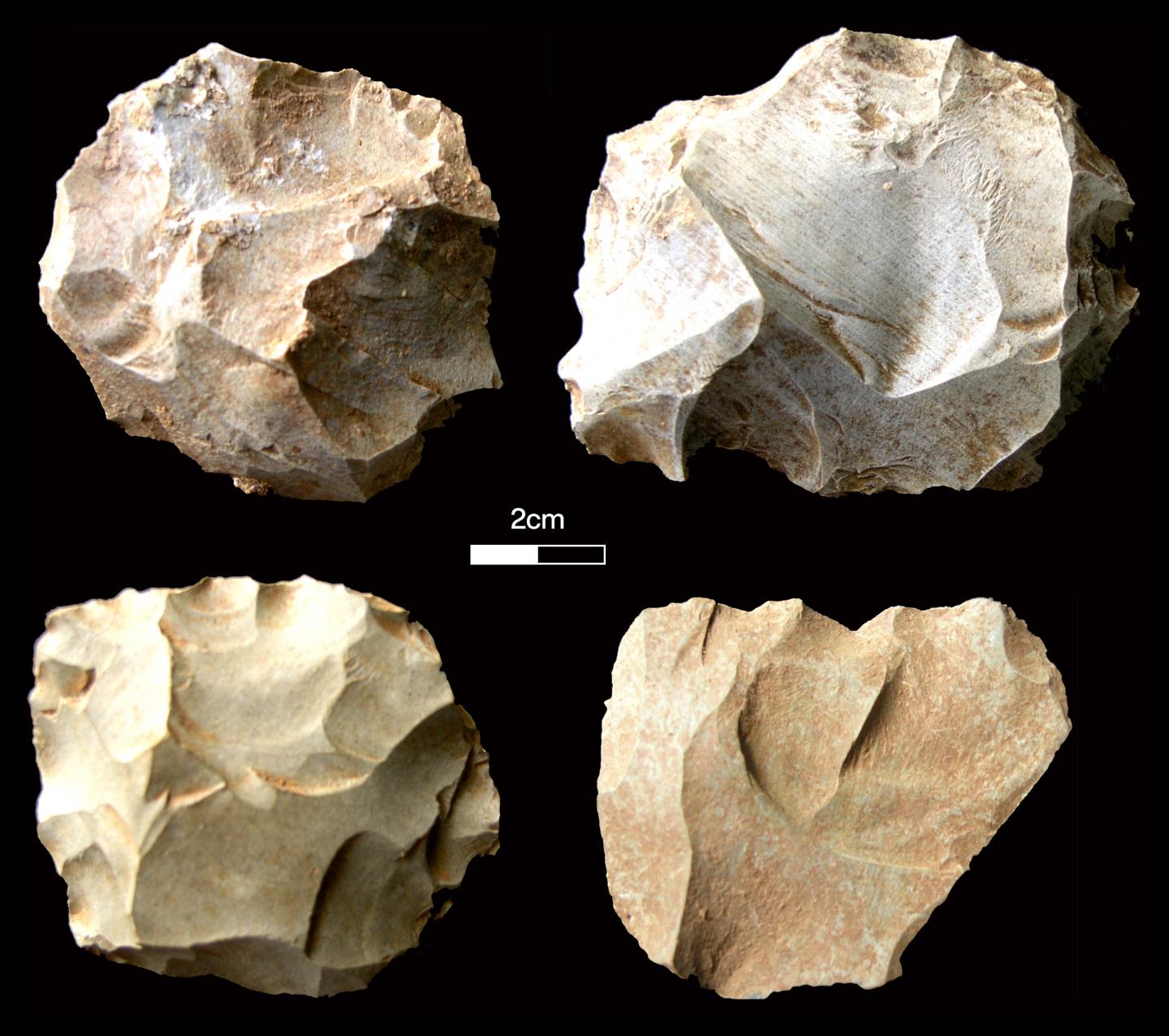 The current study reports on a unique 80,000 year-long stratigraphic record from the Dhaba site in northern India's Middle Son Valley. Stone tools uncovered at Dhaba in association with the timing of the Toba event provide strong evidence that Middle Palaeolithic tool-using populations were present in India prior to and after 74,000 years ago. Professor J.N. Pal, principal investigator from the University of Allahabad in India notes that "Although Toba ash was first identified in the Son Valley back in the 1980s, until now we did not have associated archaeological evidence, so the Dhaba site fills in a major chronological gap."

Professor Chris Clarkson of the University of Queensland, lead author of the study, adds, "Populations at Dhaba were using stone tools that were similar to the toolkits being used by Homo sapiens in Africa at the same time. The fact that these toolkits did not disappear at the time of the Toba super-eruption or change dramatically soon after indicates that human populations survived the so-called catastrophe and continued to create tools to modify their environments." This new archaeological evidence supports fossil evidence that humans migrated out of Africa and expanded across Eurasia before 60,000 years ago. It also supports genetic findings that humans interbred with archaic species of hominins, such as Neanderthals, before 60,000 years ago.

Though the Toba super-eruption was a colossal event, few climatologists and earth scientists continue to support the original formulation of the "volcanic winter" scenario, suggesting that the Earth's cooling was more muted and that Toba may not have actually caused the subsequent glacial period. Recent archaeological evidence in Asia, including the findings unearthed in this study, does not support the theory that hominin populations went extinct on account of the Toba super-eruption.

Instead, archaeological evidence indicates that humans survived and coped with one of the largest volcanic events in human history, demonstrating that small bands of hunter-gatherers were adaptable in the face of environmental change. Nevertheless, the peoples who lived around Dhaba more than 74,000 years ago do not seem to have significantly contributed to the gene pool of contemporary peoples, suggesting that these hunter-gatherers likely faced a series of challenges to their long-term survival, including the dramatic environmental changes of the following millennia. In summarizing the wider implications of this study, Professor Michael Petraglia of the Max Planck Institute says, "The archaeological record demonstrates that although humans sometimes show a remarkable level of resilience to challenges, it is also clear that people did not necessarily always prosper over the long term."
News Articles
More Articles All Articles
About