Humanities Scholars Say If You Look Like A Stereotypical Scientist, You're More Likely To Become One
By News Staff | March 5th 2019 11:38 AM | Print | E-mail

News Staff
A new paper says that how much you look racially stereotypical, like other members of your racial group, influences how likely you are to get a degree in science, technology, engineering or math (STEM) fields.

They say stereotype threat accounts for it. If you look how a stereotypical "Asian" looks you are more likely to get that Bachelor's degree but if you looked more stereotypically "black" the chances of you completing the degree declined because you know how you look and don't identify as a scientist as much.

Their own practical experiment did not show that but they had a ready explanation for why their beliefs overrule data. 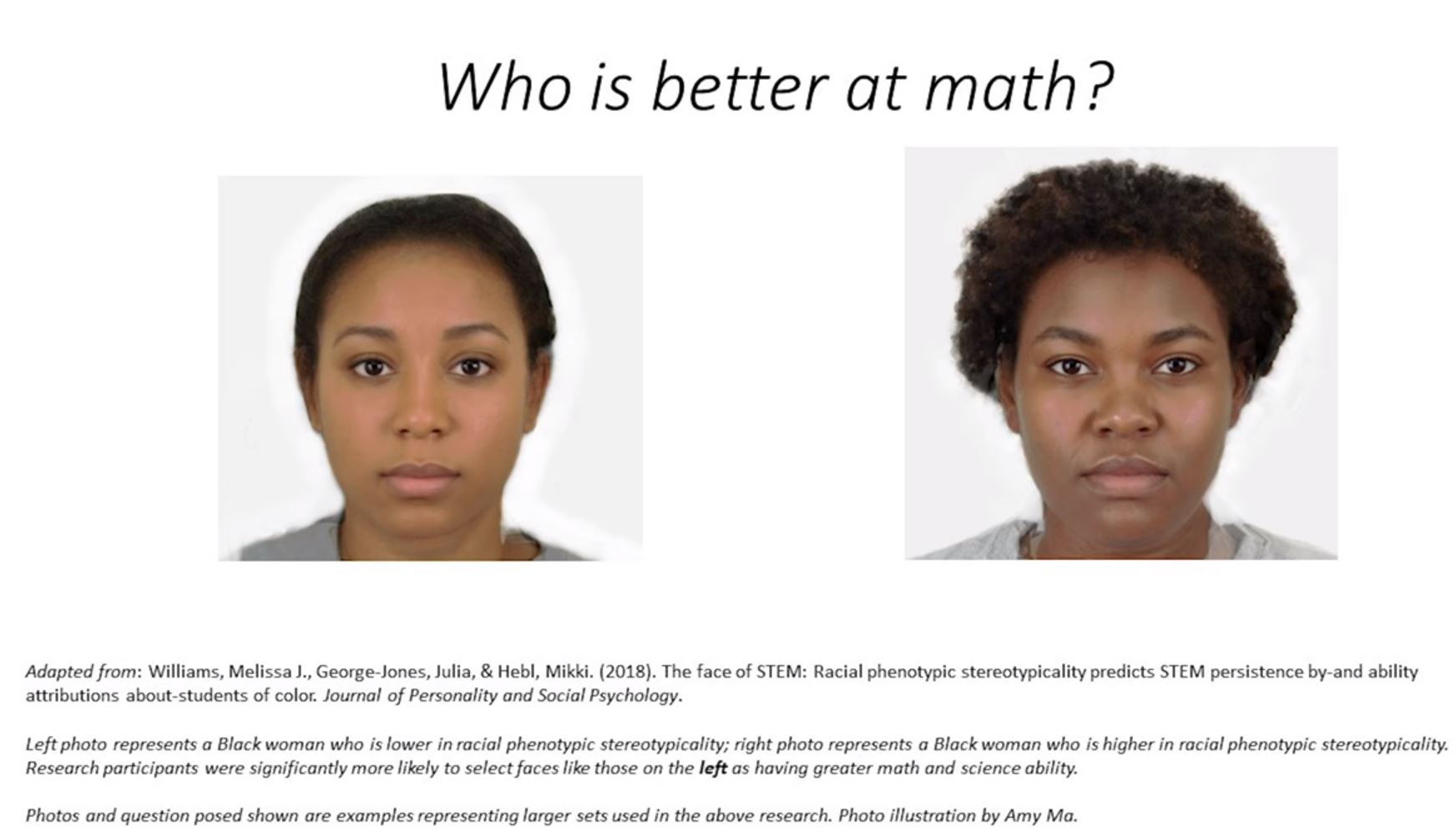 They got academic advisers from 50 U.S. universities to participate in a follow-up study. Advisers were shown two photos (one higher and one lower in stereotypicality but always of the same race and gender) and told to recommend which of the two should take a STEM-related class. Advisers were considerably more likely to choose Asian male and female students who looked more stereotypically Asian to take the STEM class.

Advisers were less likely to choose those who looked more stereotypically black among women. But being a stereotypical looking black man led to them more often being advised to take a STEM course.

That's not the most bizarre confounder, but they rationalize it by saying that the #BlackLivesMatter movement has led advisers to engage in a kind of reverse racism and over-recommend black men they otherwise would not recommend because they are secretly prejudiced. When they statistically controlled for the motivation to control prejudice (does anyone have confidence in their ability to control for anything at this point?) they found that the pattern for black men resembled the pattern for black women – that is, the less-stereotypical face led to perceptions of greater STEM ability.