If you are experiencing symptoms such as fatigue, nausea, dizziness, decreased energy, feeling faint and heartbeat alterations after starting the fad keto diet, you may not have coronavirus or influenza, it may just be the diet.

These are low-carbohydrate, high-fat diets which result in elevated levels of ketones in the blood. A Frontiers in Nutrition study reports that symptoms peak in the first 7 days but dwindle after four weeks. Severity is a wide range because the data are anecdotal, much like the claims of health benefits.

Benefits of the keto diet are only found for intractable epilepsy, but just like celiac disease set off the gluten-free diet, people who though it helpful for epilepsy began to self-experiment and said it helped with everything from weight loss, to cognitive and memory enhancement, to type II diabetes and cancer. With such testimonials it was only a matter of time before diet books appeared and the food epidemiologists sought to show those true.

What gets far less attention are the side effects, which are under the blanket term of "keto flu" but are a cluster of transient symptoms that occur within the first few weeks on the diet. To better understand how these symptoms evolve, the researchers identified 43 online forums referring to "keto flu" and manually gathered personal experiences of 101 people describing symptoms, severity and time course.

"We focused on social media because of its widespread use for discussion of health topics, which makes it practical to harness the experience of people who have tried the treatment in question," explains Dr. Emmanuelle Bostock of the Menzies Institute for Medical Research of the University of Tasmania. "In the present study, we responsibly and respectfully used public domain online forum posts and analysed their content to produce new insights into side-effects of the ketogenic diet."

In line with prior medical research, Bostock and her colleagues found reports of headache, difficulty concentrating and gastrointestinal discomfort, following the initiation of a keto diet. Additionally, they reveal further common symptoms, such as flu, fatigue, nausea, dizziness, decreased energy, feeling faint and heartbeat alterations. Consumers often experienced more than one symptom, with differing degrees of severity. 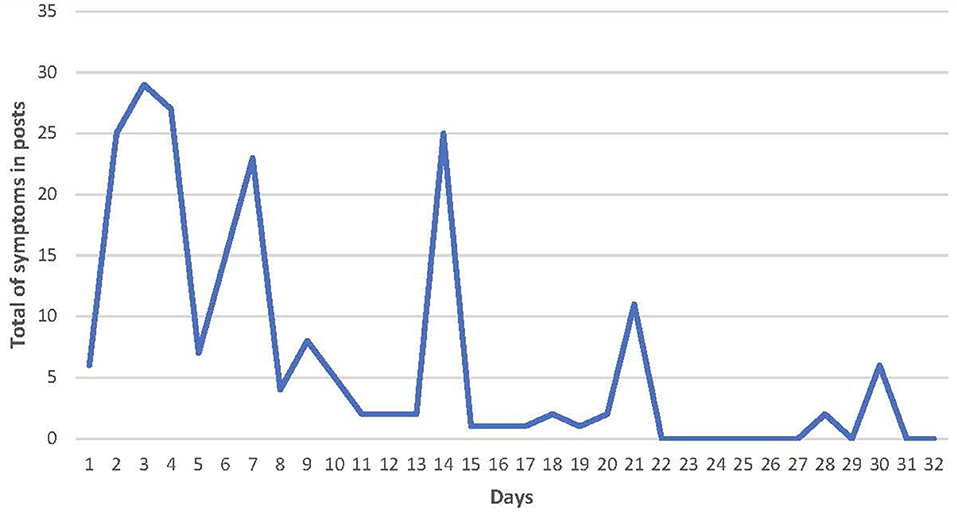 Histogram of the reported time course of onset of symptoms of keto flu.

But there is also good news for people experiencing such a "keto flu". The results of this study highlight the sudden onset of symptoms, peaking in the first and dwindling after four weeks. Once symptoms manifested, most of them resolved within little more than two weeks. Online forum user conversations were generally supportive, sharing remedies to others based on popular beliefs, such as maintaining hydration and correcting electrolyte imbalances.

The results of this study were limited to conversation threads in online forums and therefore lack of any confirmatory evidence that ketone levels were raised. Likewise, experiences of online forum users may not be representative of the larger pool of individuals on keto diet. Nevertheless, the symptom patterns yielded may indicate key lines of questioning for future survey-based approaches.