If You Want To Bag A Turkey For Thanksgiving, Here Is What You Should Know About Archery Feathers
By News Staff | November 25th 2019 06:55 AM | Print | E-mail

If you want to get a fresh turkey for Thanksgiving, you don't need to spend $120 for something that calls itself Heritage, you can honor your actual heritage and go get one the way your ancestors did. With a bow and arrow.

Since that time, a lot of has improved about archery. Though guns haven't changed much in the last 100 years, archery has gone through a technological renaissance. Entire science conference presentations are devoted to it, and that happened this weekend at the annual meeting of the APS Division of Fluid Dynamics in Seattle. 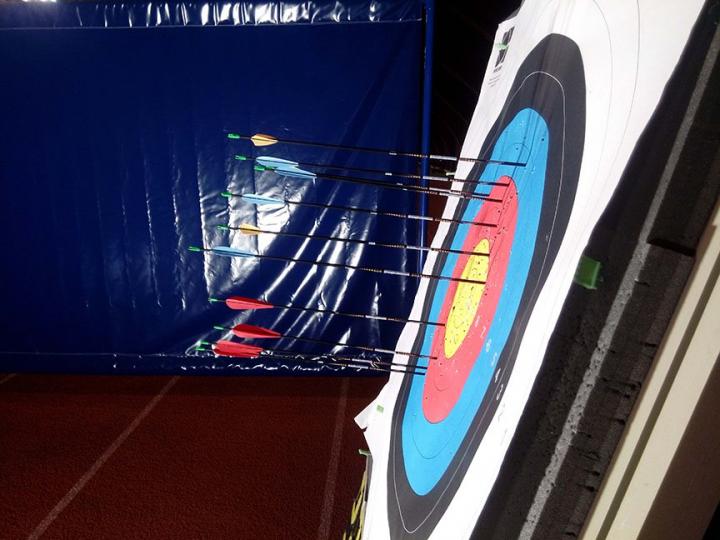 “A good archer is known not by his arrows but by his aim.” —Thomas Fuller

Scientists from the Laboratoire d'Hydrodynamique at the Ecole Polytehcnique believe they can improve aim with feather selection. As part of a session on biological fluid dynamics in flight, they explained the physics behind optimal arrow design.

Archery has become so popular again, and research so advanced, scholars are now delving into optimal feathers for the shaft. To discover the optimal feather design, Tom Maddalena, Caroline Cohen and Christophe Clanet first shot arrows with various feathers using a throwing machine. They then used a wind tunnel to observe the aerodynamic forces on the arrow to compare them to theoretical models of arrow flight. Their goal was not distance but accuracy. Most archers are not going to be humane for the animals from more than 40 yards. A clean kill means puncturing the lungs and heart.

They collaborated with the French Archery Federation to conduct this research. Currently, the choice of the feathers is based on intuition and comes directly from the athletes and their coaches. They put numbers to what archers had surmised. Although large feathers provide more stability, they're also affected more easily by the wind.

"We found that the best size depends on the environmental conditions. If there is no wind, a shooter must use very large feathers. The limit of the size is actually mostly dictated by geometrical constraints of the bow," said Maddalena.

The scholars are hopeful they make archery a bit more scientifically quantifiable but you will still need to make the shot. If you are in the woods this week, best of luck.