Meditation advocates from three schools say a lower ability to cope with the pain of being rejected by others leads to violence, but that people greater levels of mindfulness, a psychological fad where practitioners maintain attention on and awareness of the present moment -- are better able to cope with such pain.

While effective emotion regulation is important, pushing it back on society and suggesting to women if they don't go on a date with someone they don't like, they will be responsible for that person's potential violent behavior is not constructive. Telling them they should take the person they don't like or don't feel safe around to a meditation class is ridiculous. And the only evidence is a study of 40 psychology undergraduates (naturally) who self-reported their levels of mindfulness, and then were placed in an fMRI scanner.

So a narrow group of young people, primarily white, female, liberal, and getting the same degrees in college, filled out a questionnaire about themselves and then had snapshots of brain activity taken while they played a ball-tossing game on a computer with what they believed to be two other partners. None of that is scientific except the computer.

During the final third of the experiment, participants were rejected - the virtual ball stopped being tossed to them and the authors of the study interpreted the brain scans of stress. In true cargo cult fashion, they deduced that less activation in the left ventrolateral prefrontal cortex, which is known to assist in the "top-down" inhibitory regulation of both physical and social forms of pain, correlated to young students who reported high levels of "mindfulness." 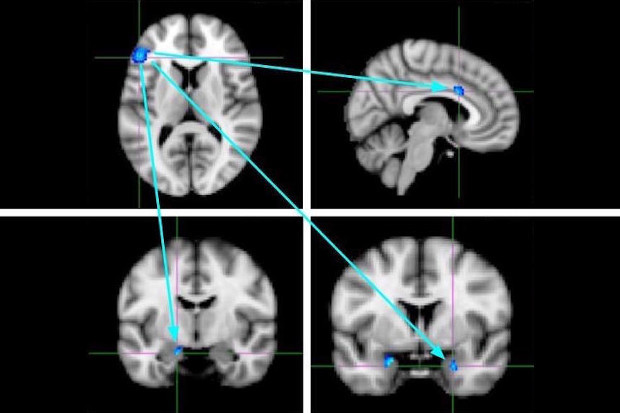 Fine, another bad social psychology claim, nothing new there, but these authors are linking violence to social rejection, which is a populist trend in psychology capitalizing on a rash of school shootings, with their ability to meditate. They conclude that psychology undergraduates who believe they are more mindful are not as distressed by social rejection and therefore better able to successfully regulate distressing emotions without using effortful, inhibitory processes that suppress their feelings of social pain.

"This is important because the use of such 'top-down,' suppressive emotion regulation has been shown to backfire and is linked with poor emotion-related outcomes such as impulsivity," says  David Chester, Ph.D., an assistant professor in the Department of Psychology at Virginia Commonwealth University. "Mindful people are likely using a more 'bottom-up' regulatory approach, which makes sense given these individuals' tendency to focus on the organic origins of their feelings. On a practical level, our findings point to the utility of mindfulness in coping with interpersonal stressors. People dealing with exclusion or rejection may likely benefit from training in mindfulness techniques."

An over-reliance on top-down emotion-regulation strategies - such as psychiatric medication - can result in self-regulatory failure, so let's have people at risk of violence assume society did it to them and tell them to meditate more.