News Staff
A new study found that natural selection, a key mechanism in biological evolution, favors pathogens with more virulence - how much harm they cause - at the point the disease emerges in a new host species.

Not too much, or else everything will be dead, but not too weak to matter either.

Virulence and transmission are linked, with virulence arising because pathogens need to exploit hosts to persist, replicate and transmit. Low virulence will be detrimental for pathogens if they cannot transmit while virulence that is too high will also be a disadvantage if infection kills hosts so fast that the pathogen does not have time to transmit. 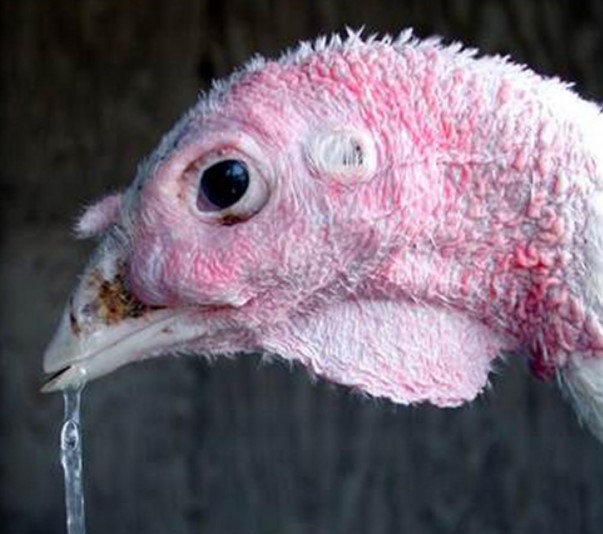 Over time, pathogens that show intermediate levels of virulence should therefore have an evolutionary advantage. - but there is debate over where that is true or the conventional wisdom that new diseases evolved to become harmless is valid.

The new study focused on the 'virulence-transmission trade-off' hypothesis, which allowed scientists to make predictions about pathogen evolution. They used over 50 variants of the infectious bacterial pathogen Mycoplasma gallisepticum, which infects house finches. House finches from populations that had never encountered the disease were exposed to one of the different variants, simulating conditions at epidemic outbreak.

"We found that variants that were more virulent transmitted faster, but that variants of intermediate virulence were the most evolutionarily successful," said Dr. Camille Bonneaud of the University of Exeter. "Our results therefore provide support for using the virulence-transmission trade-off hypothesis as a framework for understanding and predicting emerging pathogen evolution."

Counter to commonly held beliefs, however, variants of the pathogen that replicated faster during infection and achieved higher densities did not transmit better or faster than those that achieved lower densities.

"This tells us that transmission is not always a numbers game and that we cannot use pathogen numbers as a proxy for their success."
News Articles
More Articles All Articles
About