News Staff
Millennials, the first "Net Generation," say they can use many technologies simultaneously, masterfully switching from emails to instant messaging, app notifications, RSS feeds, and rants on Twitter much better than older generations.

Maybe they can. Generation Z certainly can.

A new study simulated a typical working environment, complete with technology interruptions, to allow scholars to track the effects on participants' inhibitory processes. College-age participants (naturally) totaling and a few other folks totaling 177 were divided into three groups: those who received IT interruptions; those who did not, and a control group.

Researchers compared the three groups' accuracy and response time on completing tasks, gauging their level of anxiety. They were good at it. 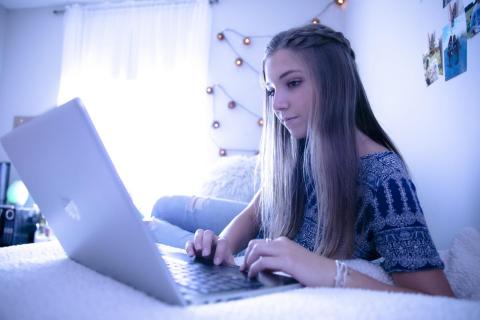 All three groups reported low levels of anxiety during the study, 75 percent of two of the groups reported their anxiety as "not at all" or "a little bit," and the researchers did not find any significant differences between groups.

Prior research in the general population has found that it takes about 25 minutes to return to an original task following an IT interruption and 41 percent of these interruptions result in discontinuing the interrupted task altogether. Emails alone cause about 96 interruptions in an eight-hour day with an added one-and-a-half hours of recovery time per day.

It may be that because younger people have had it basically their whole lives, they are immune to those side-effects.
News Articles
More Articles All Articles
About