News Staff
Using FORS2, an instrument mounted on ESO’s Very Large Telescope, government astronomers have observed the active star-forming region NGC 2467 — the Skull and Crossbones Nebula, called such because of the dust, gas and bright young stars gravitationally bound into the form of a grinning skull.

NGC 2467 skulks in the constellation Puppis, which translates rather unromantically as The Poop Deck. And this was taken in March, but released near Halloween, so ESO has something to talk about.

Puppis is one of three nautically named constellations that sail the southern skies, and which used to make up the single, giant Argo Navis constellation, named after the ship of the mythical Jason and the Argonauts. Argo Navis has since been divided into three: Carina (the keel), Vela (the sails) and Puppis, where this nebula finds its home. Whilst a heroic figure, Jason is most famous for his theft of the golden fleece, so NGC 2467 rests not only in the midst of a vast celestial ship, but amongst thieves — an appropriate abode for this piratical nebula. 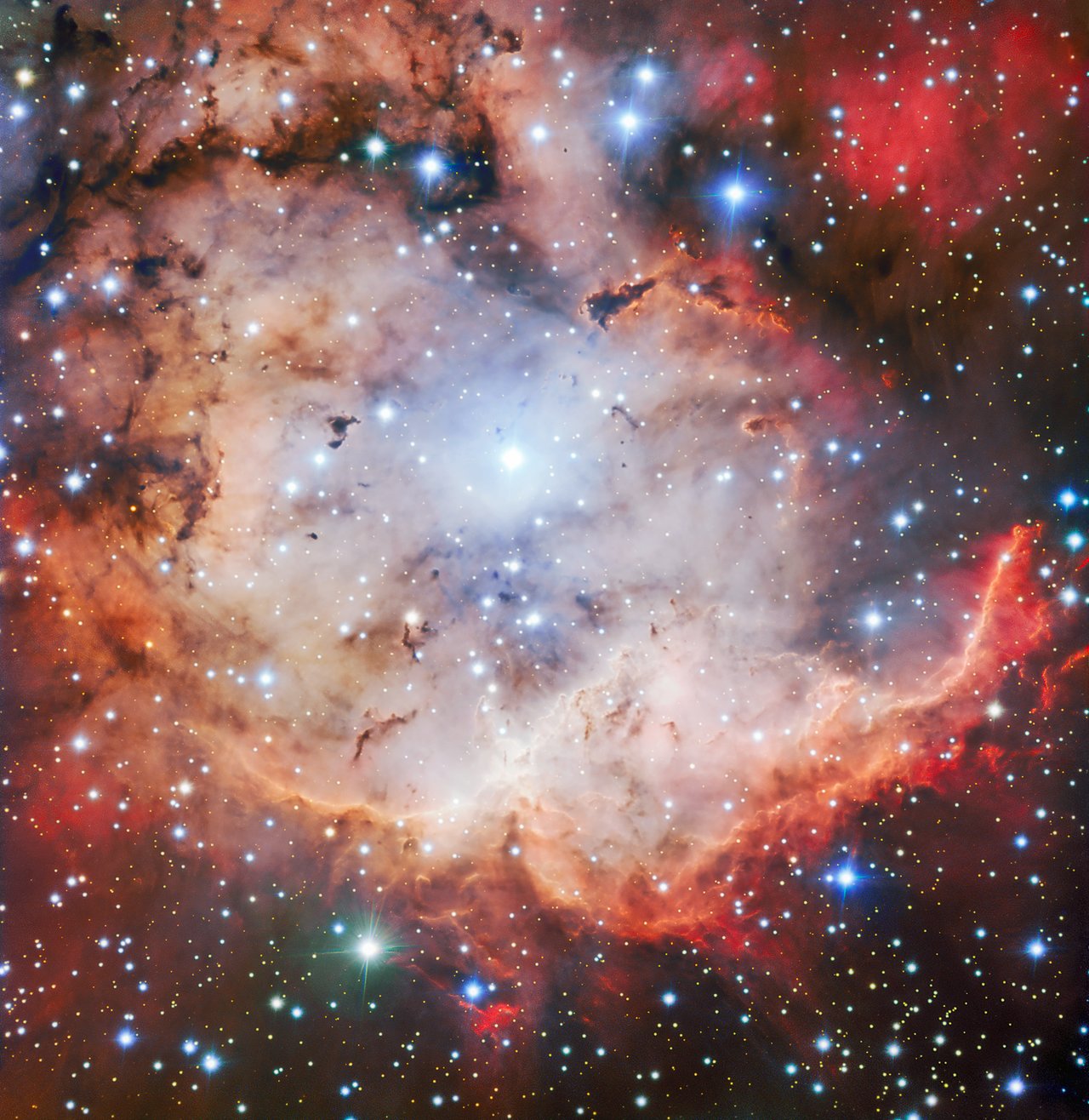 This nebulous collection of stellar clusters is the birthplace of many stars, where an excess of hydrogen gas provided the raw material for stellar creation. It is not, in fact, a single nebula, and its constituent stellar cluster are moving at different velocities. It is only a fortuitous alignment along the line of sight from the Earth that makes the stars and gas form a humanoid face.

This image is not telling astronomers anything new, so shouldn't government researchers be gathering scientific data instead? Conditions are not always suitable for that, sometimes we can only take pretty pictures, but being government, everything has to be formal, so taking pictures when scientific data gathering is not possible is under the auspices of the ESO Cosmic Gems Programme, which formally allows ESO’s telescopes to be used to capture images of the southern skies.
News Articles
More Articles All Articles
About