News Staff
No one admits to being swayed by celebrities, Facebook groups, or media coverage, but their impact is clear. Whereas 10 years ago vaccine denial was only prominent among wealthy elites on the west coast, a new The Harris Poll paid for by the American Osteopathic Association says that 45 percent of American adults admit something has caused them to doubt vaccine safety.

That is bringing us near European levels of science denial.

The survey also asked Americans to choose a statement that best represented their feelings about vaccine safety and efficacy. While the vast majority (82 percent) were in favor of vaccines, 8 percent selected responses expressing serious doubt while 9 percent said they were unsure, much higher than a generation ago.

The top three doubt-causing sources were online articles (16%), past wrongdoing by the pharmaceutical industry (16%) and information from people they believed were medical experts (12%). While social media has helped spread misinformation about vaccines, it has not been effective for countering those claims. Scientists will never speak in absolutes and activists prey on hesitant language, not just when it comes to vaccines but also to promote fear about food, all medicine, and even energy.

Where some scientists and doctors waffle, others attack. Being judgmental only pushes them further into communities that share their beliefs. Confirmation bias makes it difficult to convince someone vaccines are safe, effective and necessary once they believe they are not. Rachel Shmuts, DO, says that vaccine effectiveness in eradicating disease allows people to fear vaccine side effects more than the actual diseases vaccines prevent. That is much different than in the past, when everyone knew someone who had polio or knew of a family that had someone die from measles and even flu. 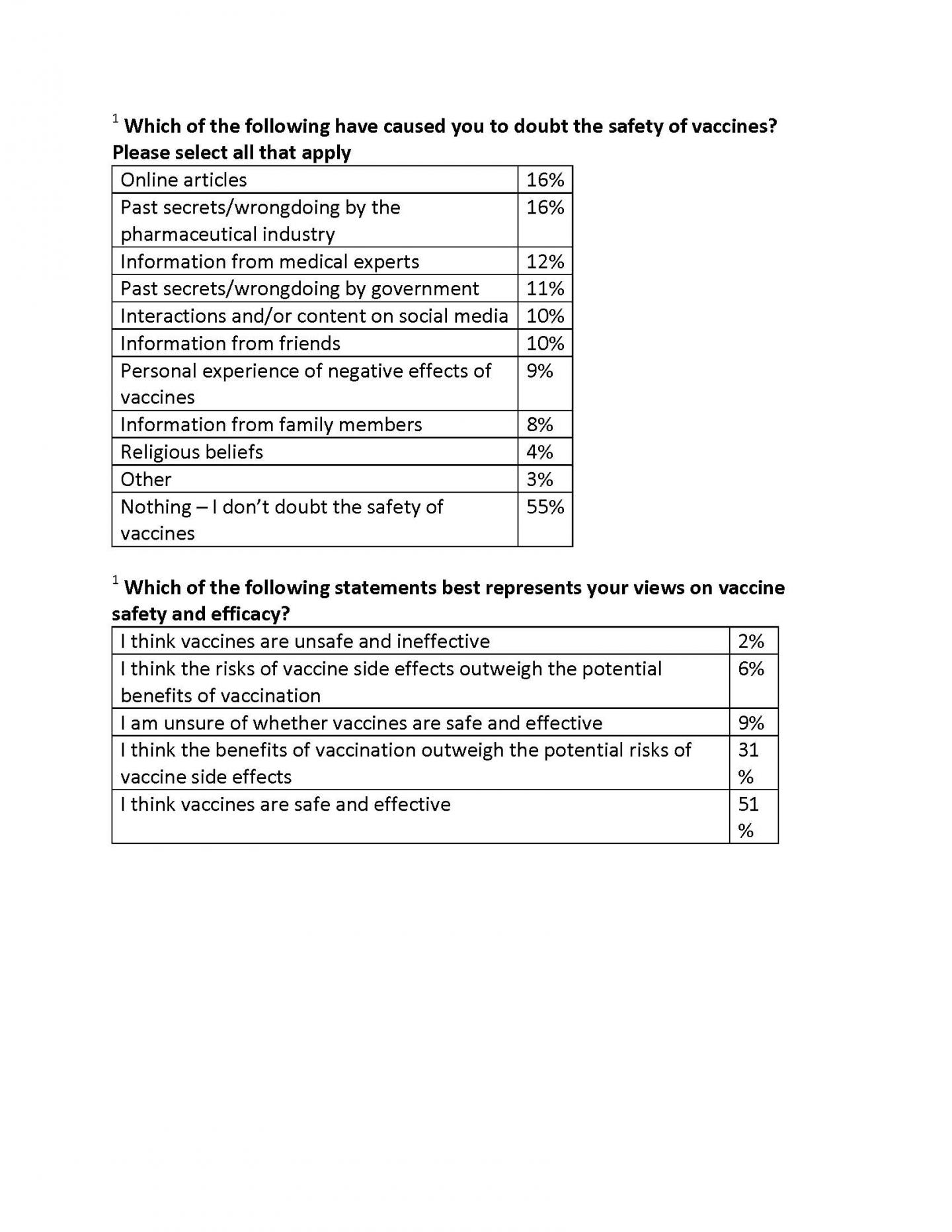 A generation ago anti-vaccine sentiment was only a tiny minority of religious people, but even religious states like Mississippi and Alabama had nearly 100 percent uptake. Once celebrities began to link vaccines to autism, California suddenly had more philosophical (non-medical exemptions) than the rest of the U.S. combined, and from there it spread to Washington and Oregon and then nationwide.

Public education for vaccines stopped in many states in the 2000s because science literacy was high and it was no longer needed. That is no longer the case. What someone believes or says on surveys will be irrelevant if policy changes affect behavior first.

California was first to do that, in order to quench the wildfire of anti-vaccine sentiment in Los Angeles, San Francisco and other areas of the Pacific Coast, where some schools had vaccine uptake in kids of under 30 percent.

They passed a law eliminating philosophical exemptions and elites began finding doctors who would write medical ones, even for children not at risk. The legislature is debating legislation that would close that loophole so that only children with legitimate issues would get exemptions. California Governor Gavin Newsom, a former mayor in San Francisco, may be a hurdle but Democrats are solidly behind it and can bring pressure to bear.

The survey has limitations. It was conducted online within the United States by The Harris Poll on behalf of AOA from May 28 - 30, 2019 among 2,007 U.S. adults but is not a representative sample so no estimate of sampling error can be calculated. But even a chance of being close to Europe when it comes to a science or health issue is a wake-up call.
News Articles
More Articles All Articles
About