Optogenetics biotechnology, using light to manipulate neurons so that they can be turned on or off, has led to a device that replicates the way the brain stores and loses information.

The new chip is based on an ultra-thin material that changes electrical resistance in response to different wavelengths of light, enabling it to mimic the way that neurons work to store and delete information in the brain.

Developed at RMIT's MicroNano Research Facility, the technology is compatible with existing electronics and has also been demonstrated on a flexible platform, for integration into wearable electronics. 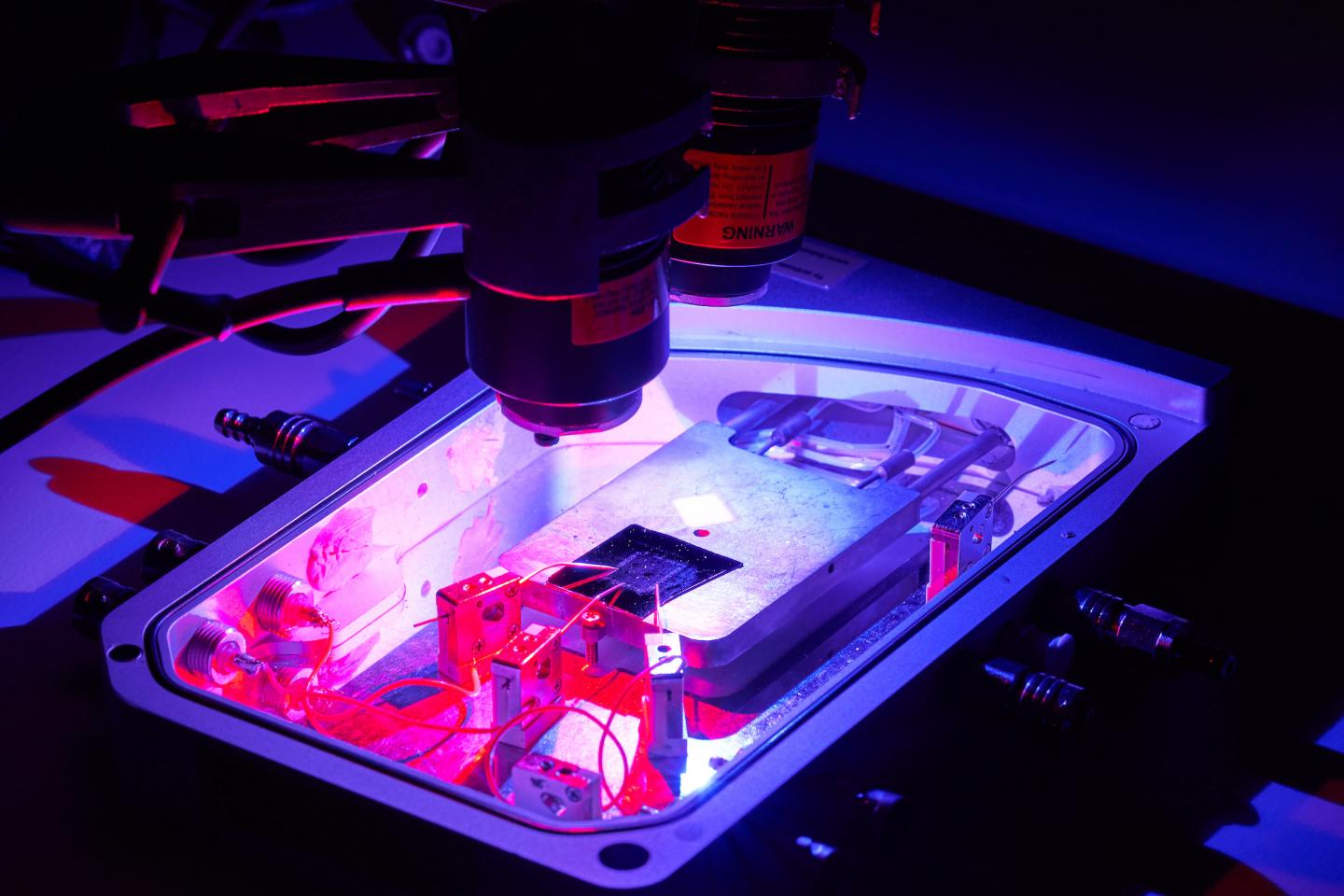 How the chip works:

Neural connections happen in the brain through electrical impulses. When tiny energy spikes reach a certain threshold of voltage, the neurons bind together - and you've started creating a memory.

On the chip, light is used to generate a photocurrent. Switching between colors causes the current to reverse direction from positive to negative. This direction switch, or polarity shift, is equivalent to the binding and breaking of neural connections, a mechanism that enables neurons to connect (and induce learning) or inhibit (and induce forgetting).

This is akin to optogenetics, where light-induced modification of neurons causes them to either turn on or off, enabling or inhibiting connections to the next neuron in the chain. To develop the technology, the researchers used a material called black phosphorus (BP) that can be inherently defective in nature.

This is usually a problem for optoelectronics, but with precision engineering the researchers were able to harness the defects to create new functionality.