News Staff
With war in Ukraine, Europeans are worried a key source of their food, Russia and Ukraine, is at risk.

They are right to be concerned. Food is a strategic resource but European countries chose to embrace higher cost lower yield alternatives to modern agriculture at home because they got cheap food from the east.

If an additional 290,000,000,000 loaves of bread were available, that would ease the strain worldwide. That is how much wheat is lost each year due to pests and diseases that the so-called organic process can't prevent. But science can.

Researchers have assembled the highest quality genome of a key South African wheat cultivar called Kariega, which has robust resistance to stripe rust, one of the three species of wheat rust. Using this genome, the researchers identified and cloned a key gene that confers stripe rust resistance. That stops disease spread in its tracks. 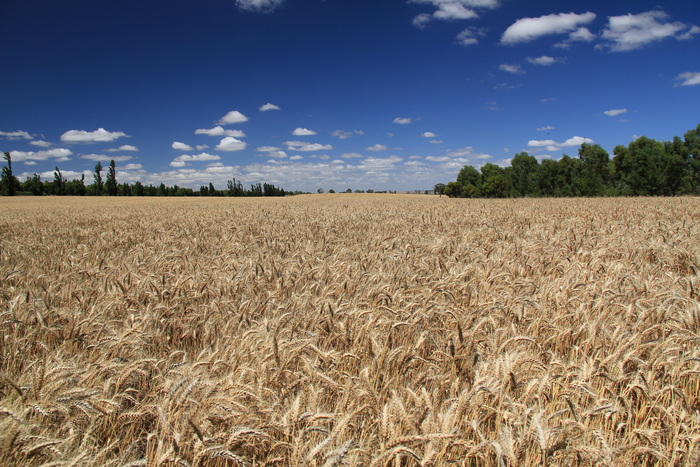 Unlike humans, plants don’t have an adaptive immune system that helps them ‘memorize’ past infections. Instead, their ability to withstand specific diseases is encoded by disease resistance genes. But wheat also has a gigantic genome, 5X that of humans, which makes pinpointing the location of a specific gene a challenge. Add in the fact that disease resistance genes often differ between wheat cultivars and keeping wheat affordable even during war is daunting.

The team identified the stripe rust resistance gene as Yr27, which they then cloned to study the gene function and molecular mechanisms of resistance. In future, the cloned genes could be transferred to cultivars during breeding, and could even be modified to alter a plant’s disease recognition and resistance.

“We were excited to discover that Yr27 is a version, or allele, of a known leaf rust resistance gene,” says Naveenkumar Athiyannan of King Abdullah University of Science  &  Technology in Arabia. “Now that we know the exact sequences of both alleles, we may be able to engineer a new version of the gene that recognizes both diseases simultaneously.”

The long-term goal is to clone the 400 resistance genes found in wheat, providing scientists with a real shot at eradicating major wheat diseases. Will environmental NGOs and the politicians they influence in Europe embrace science, though? History shows they will not, and that means their control over Africa will prevent uptake there as well.
News Articles
More Articles All Articles
About