Plastic-Eating Caterpillars Study Called Into Question By Independent Look At The Data And Methods
By News Staff | July 9th 2019 09:57 AM | Print | E-mail

News Staff
In April 2017, journalists promoted a claim about plastic bag eating caterpillars which led to sensationalistic coverage in worldwide media. They could eat the sea-sized floating islands of plastic bags that don't actually exist.

The science community was skeptical.

The authors reported that the larvae of the wax moth Galleria mellonella were able to digest polyethylene (PE), a polymer used for making plastic packaging and bags. Though media can promote any study they want quickly, a re-examination of claims takes time, and gets far less attention. Till Opatz, professor for Organic Chemistry at the Johannes Gutenberg University in Mainz, and colleagues have looked at the released data and experimental procedures by Bertocchini et al. and note proof for the bio-degradation of polyethylene is missing. Even though the authors of the original paper noted they were unsure if it was mechanical or biological, they didn't create controls that disqualified that possibility. 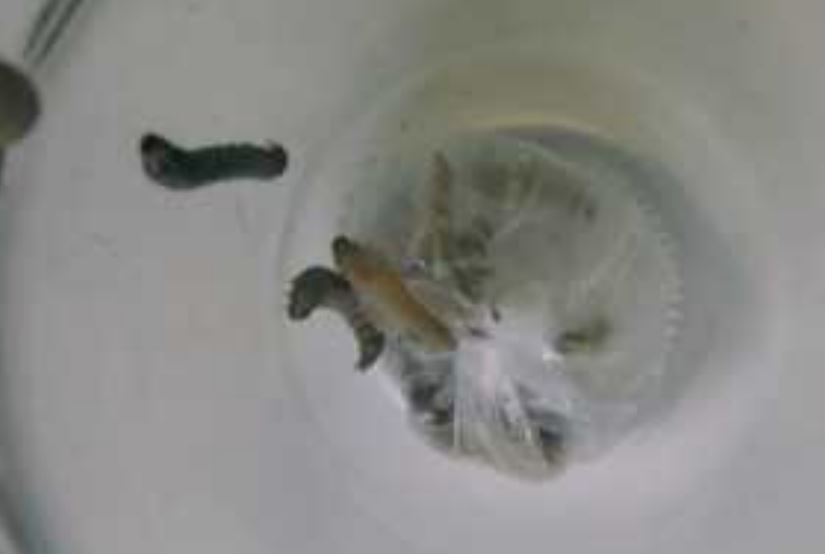 It all started, the Spanish lead authors said, when she accidentally observed caterpillars biting holes in shopping bags. Most would assume it was mechanical milling and not biochemical digestion by enzymes and/or bacteria in the caterpillars' digestive tract. In milling, the plastic would be excreted chemically unchanged. The group developed an experimental procedure, in which the influence of caterpillar homogenate on a polyethylene surface was examined. The homogenate is a mass of deep frozen and squashed caterpillars, rich in proteins and lipids and with intact enzymes from the digestive system. They chose spectroscopic and microscopic evaluation methods for their analyses.

Bertocchini et al. reported a decomposition of polyethylene into ethylene glycol, a potential oxidative metabolite, after the treatment of polyethylene bags with caterpillar homogenate. However, particularly the interpretation of the results obtained by infrared spectroscopy are questionable and doubts arouse about the actual detection of ethylene glycol.

Yet in new control experiments, which had not been carried out by the Spanish scientists, essential signals of ethylene glycol are missing in the previously published spectra. The reported signals of the assumed biochemical degradation products are identical to signals caused by an animal protein-fat mixture, as they would arise from caterpillar residues on the surface. To test this hypothesis, Opatz et al. treated a polyethylene surface with egg yolk and ground pork which produced highly similar spectral signatures.

That doesn't mean the biochemical decomposition has been disproven but it does mean it never warranted sensational claims of plastic eating caterpillars.
News Articles
More Articles All Articles
About