Republicans And Democrats Are Equal In Science Knowledge - It's Gender, Education And Ethnicity That Make The Difference
By News Staff | March 28th 2019 08:04 AM | Print | E-mail

News Staff
Americans with more formal education fare better on science-related questions, minorities fare worse, and Republicans and Democrats are roughly similar in their overall levels of science knowledge. according to a new study released today by Pew Research Center.

There are substantial differences among Americans when it comes to knowledge and understanding of science and scientific processes. People’s level of science knowledge varies by education, race, ethnicity and gender, according to a new study released today by Pew Research Center.   A quiz with the 11 questions is available here.

Americans’ knowledge of specific facts connected with life sciences and earth and other physical sciences ranges:

• About eight-in-ten (79%) correctly identify that antibiotic resistance is a major concern related to the overuse of antibiotics.
• A similar share (76%) know an incubation period is the time during which someone has an infection but is not showing symptoms.
• The most challenging question in the set asks for the main components of antacids that help relieve an overly acidic stomach; 39% correctly answer bases.

The representative survey of 4,464 adults finds that on the 11 multiple-choice questions asked by Pew Research Center, Americans give more correct than incorrect answers. The mean number of correct answers is 6.7, while the median is 7. 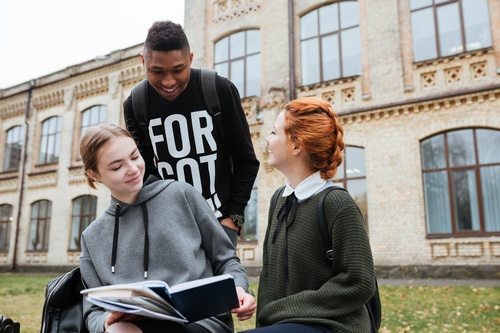 “In an era of easy access to a wide array of information, along with sometimes-intense debate over what information is true and false, this survey takes stock of the degree to which the public shares a common understanding of science facts and processes,” said Cary Funk, director of science and society research at Pew Research Center.

• Americans with a postgraduate degree get about four more questions correct, on average, than those with a high school degree or less education (9.1 vs. 5 out of 11).

• About seven-in-ten (71%) Americans with a postgraduate degree are classified as high in science knowledge, answering at least 9 of 11 items correctly. By contrast, about two-in-ten (19%) of those with a high school degree or less perform as well on the scale.

• On each of the 11 questions, those with a postgraduate degree are at least 27 percentage points more likely to choose the correct answer than those with a high school degree or less. In addition to educational differences, there are substantial differences in levels of science knowledge by race and ethnicity. Whites are more likely than Hispanics or blacks to score higher on the index. Two-thirds of Americans see the scientific method as an iterative process. People’s understanding of scientific processes and the way scientific knowledge accumulates may help them navigate ongoing debates over science connected with issues such as climate change, childhood vaccines and genetically modified foods. The survey includes two questions designed to tap understanding of scientific processes.

• Six-in-ten Americans (60%) identify adding a control group as the best of four options to test whether an ear infection medication is effective.

• 52% correctly identify a reason for a computer slowing down as a scientific hypothesis.

• One question, not included as part of the scale, asked survey respondents about their view of the scientific method. Two-thirds of Americans (67%) say the scientific method “produces findings that are meant to be continually tested and updated over time,” 15% say the method produces unchanging core principles and truths, and 17% say they are not sure. These are among the findings from the new report, which is based on a nationally representative survey conducted Jan. 7 to 21, 2019, among 4,464 adults 18 years of age or older who live in all 50 U.S. states and the District of Columbia.

The margin of sampling error is plus or minus 1.9 percentage points.
News Articles
More Articles All Articles
About