Science Conferences Are Worth Your Time, But You Don't Need To Create Emissions Traveling To Them To Benefit
By News Staff | March 16th 2022 03:35 AM | Print | E-mail

News Staff
The public are often baffled why environmental journalists attend climate conferences in person, using the rationalization that they do their jobs better if they can talk to people outside formal interviews.

Science conferences are also well-attended, groups hosting them even note their high attendance, but the belief that any benefit from flying there and staying in a hotel is meaningful is usually held by people who enjoy going to conferences rather than empirical data.

A new paper finds that advocates and critics are right; there is a benefit to conferences when it comes to networking, but that benefit also occurs if attendance is virtual. Emma Zajdela, the study’s first author and a Ph.D. candidate in engineering at Northwestern, and colleagues created a mathematical model hoping to understand and predict how scientists form collaborations at both in-person and virtual conferences. They validated the model with data from Scialogs, a series of scientific conferences organized by the Research Corporation for Science Advancement, aimed at promoting research, dialog and community. 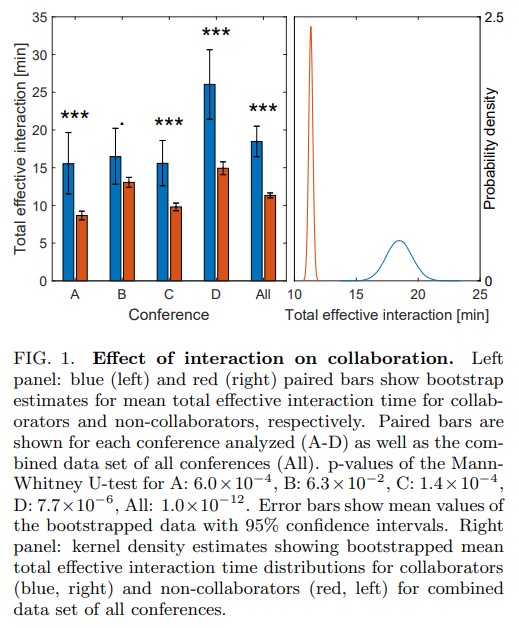 They tracked patterns of interactions among hundreds of scientists during 12 multiday, in-person Scialog conferences over the span of five years, including room-level participation data. But when the COVID-19 pandemic hit, most conferences, including Scialogs, shifted to a virtual format.