Solar Power Is A Manifestation Of Income Inequality, Solar Geoengineering May Instead Fix It
By News Staff | January 13th 2020 07:52 AM | Print | E-mail

News Staff
Solar panel proponents rave about their solar energy. They tout how low their electricity bills are, that the utility is forced to buy energy from them at the same price they sell it, and that they are helping the planet.

The problem is that solar panels are subsidized by poor people who can't afford the installations in order to get a rebate. And those who rent, or who live in apartments. Multi-million dollar Malibu solar installations have their costs passed through to poor families, hundreds of millions of dollars each year in California alone, because no company with employees and infrastructure can afford to buy and sell at the same price and government created regulations to penalize those who use more affordable energy.

Current solar energy increases income inequality by unfairly saddling the poor to help the rich, but solar geo-engineering may reduce it. On a global scale. 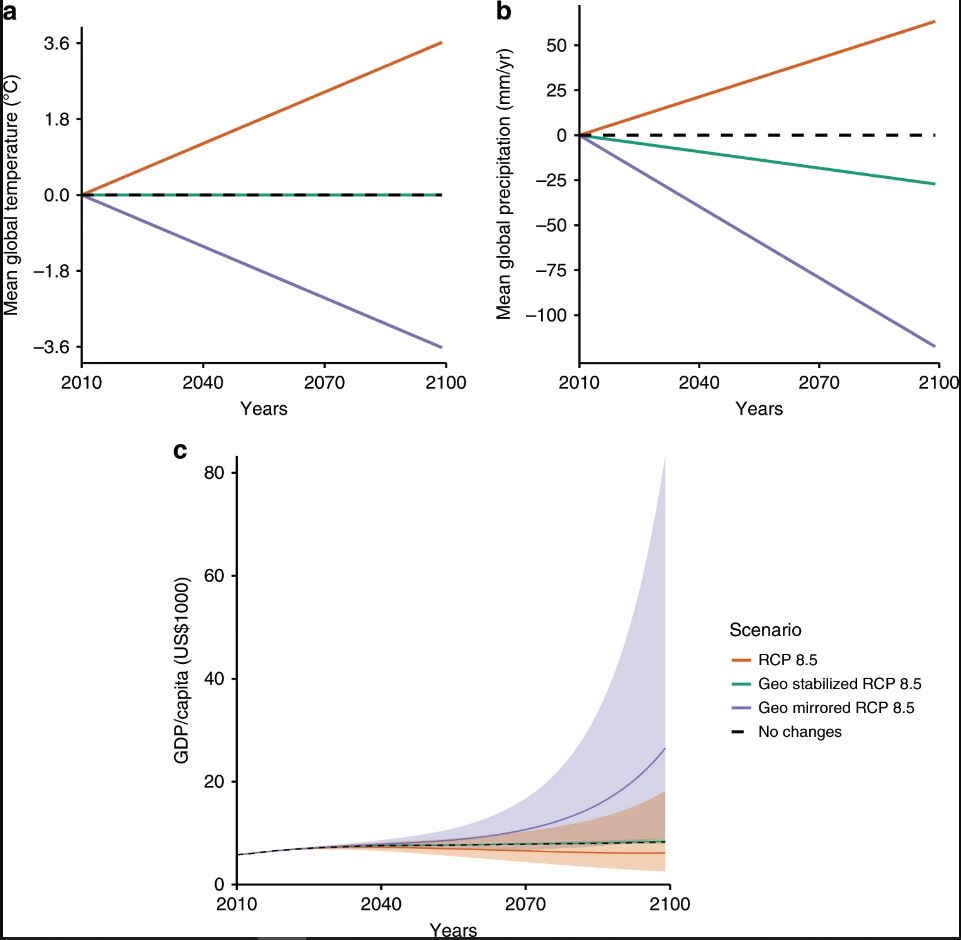 Solar geo-engineering, reflecting of sunlight away from the Earth's surface, was found in a recent macroeconomic climate impact assessment approach to improve the Gross Domestic Product (GDP) in countries that get far too much sunlight, by reflecting such light to cool rising temperatures. Which helps everyone equally in a country rather than those who can afford energy. That is, if the prospect of academics with little practical experience who got grants from government panels and then vote when they can't agree are going to be handed the keys to the atmosphere.

"Applying these historical relationships for different models, we find that if temperatures cooled there would be gains in GDP per capita. For some models, these gains are up to 1,000 percent over the course of the century and are largest for countries in the tropics, which historically tend to be poorer," says first author Anthony Harding, graduate student at the Georgia Institute of Technology.

In an economic model projecting a solar-geoengineered decrease in the average global temperature of around 3.5 degrees Celsius, the cooler climate would increase average incomes in developing tropical countries, such as Niger, Chad and Mali by well over 100 percent over the course of the century, compared to a model where warming continues to occur. For the U.S. and countries in Southern Europe, the same model showed a more moderate increase of about 20 percent.

While the effects for each individual country can vary across models, the changes in temperature associated with solar geoengineering consistently translate into a 50 percent reduction of global income inequality.
News Articles
More Articles All Articles
About