News Staff
An exploratory result, published in Military Medicine, finds that soldiers with traumatic brain injury are more likely than soldiers with other serious injuries to experience a range of mental health disorders.

The retrospective analysis examined the cases of 4,980 military members who were severely injured during combat in Iraq and Afghanistan between 2002 and 2011. Nearly a third of them suffered moderate or severe traumatic brain injury (TBI).

The study found that 71 percent of all the severely injured soldiers were diagnosed in follow-up care with at least one of five mental health conditions: post-traumatic stress disorder (PTSD), anxiety and mood disorders, adjustment reactions, schizophrenia and other psychotic disorders, and cognitive disorders. 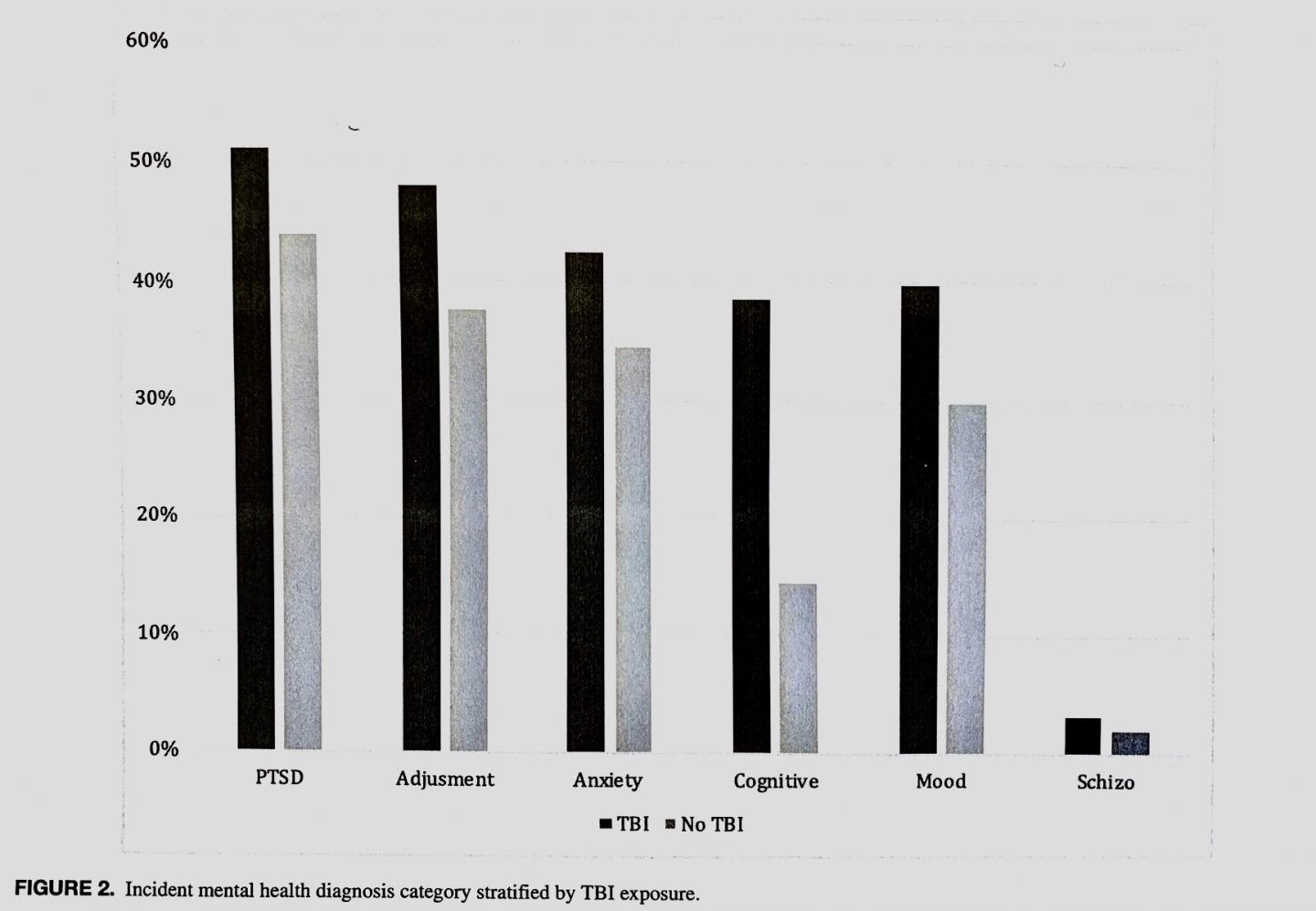 Previous research reported a much lower 42 percent of seriously injured combat soldiers went on to be diagnosed with mental health disorders. The risk for post-traumatic stress disorder is higher - not lower, as previous investigators found - among combat soldiers with more severe TBI.

The study followed the soldiers' care for a median period of more than four years. Even with the long timeframe, lead investigator David Chin, assistant professor of health policy University of Massachusetts Amherst says the study "definitely underestimates" the prevalence of mental health conditions among severely injured soldiers. Among the study's limitations: researchers had access only to Department of Defense-related records, so they were unable to track cases after the soldiers were discharged; they also speculate that military culture engenders an underreporting of mental health symptoms.
News Articles
More Articles All Articles
About