News Staff
In the old days, if you wanted to spread desirable characteristics in livestock you had to try breeding and hope for the best. The 19th century breakthroughs in genetics promised a future where trial and error was no longer the norm.

Now, with desire to optimize food production and reduce environmental impact without harming choices for poor people, scientists have created pigs, goats and cattle that can serve as viable “surrogate sires” - male animals that produce sperm carrying only the genetic traits of donor animals.

This will allow more precision breeding in animals such as goats, where using artificial insemination is difficult. It will also provide even more choices for developing nations, rather than the rationing and mitigation that is common rhetoric among anti-science activists. 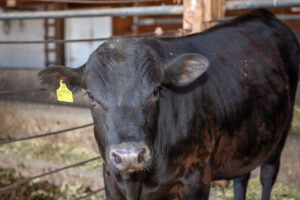 Food insecurity remains a real problem. While activists like Swiss Public Eye get paid to tell other countries what their farmers should do, in those countries the poor want less European colonialism and the same choices opponents of science in Switzerland have. The new study shows they can get it, as the whole world could, by selectiong for traits that will require less water, less feed and fewer antibiotics. All things that would've taken generations using brute-force approaches of the past, if they ever worked.

The team used CRISPR-Cas9 to knock out a gene specific to male fertility in the animal embryos that would be raised to become surrogate sires. The male animals were then born sterile but began producing sperm after researchers transplanted stem cells from donor animals into their testes. The sperm the surrogate sires produced held only the genetic material of the selected donor animals.

Using CRISPR-Cas9 allowed them to produce mice, pigs, goats and cattle that lacked the gene called NANOS2 which is specific to male fertility. The male animals grew up sterile but otherwise healthy, so when they received transplanted sperm-producing stem cells from other animals, they started producing sperm derived from the donor’s cells. The surrogate sires were confirmed to have active donor sperm. The surrogate mice fathered healthy offspring who carried the genes of the donor mice.

That is proof of concept which could lead to pigs, cattle, and goats next. It just takes refining the stem cell transplantation process. If that works, it will be a big science win for people worldwide. Yet the science is only part of the challenge. America is the world leader in science and even our regulations are trapped in the 1980s, so environmentalists will have their attorneys out in force to slow down this progress. Europe may never allow it even though the offspring are as natural as any random animal born on a farm.
News Articles
More Articles All Articles
About