News Staff
Three new species of fossil primates have been named, residents of San Diego County from a time when southern California was filled with lush tropical forests.

Enamel is the hardest tissue in the body. And as a result, teeth are more likely to be preserved in the fossil record. Studying the teeth, researchers concluded the three new genera, which represent the bulk of the undescribed Friars Formation omomyoid sample at SDNHM, range in size from 113 to 796 grams and are most likely related to a group of extinct species comprising the primate subfamily Omomyinae. 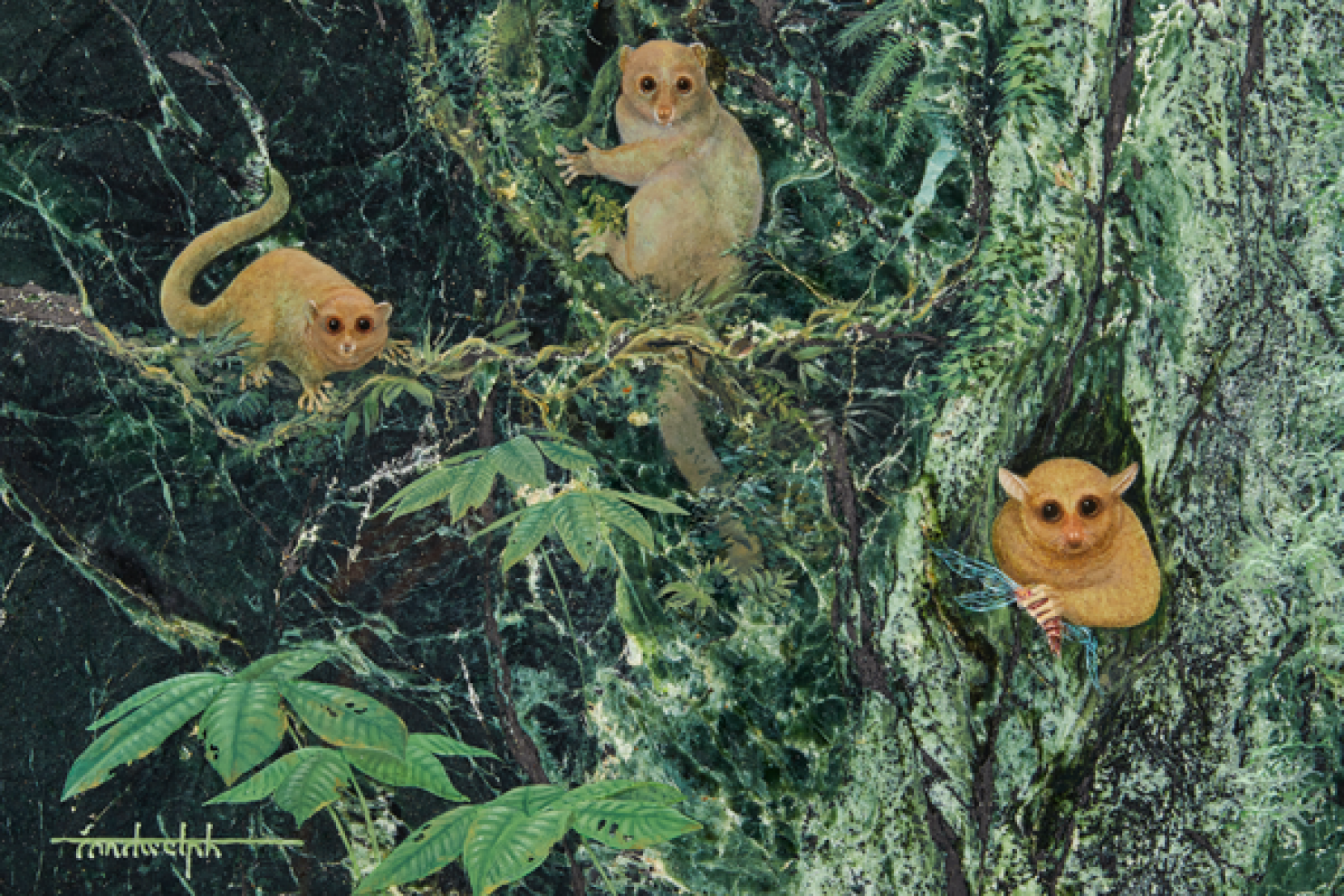 Anthropology professor Chris Kirk's father and Austin-based artist Randy Kirk produced his own rendering of what the species might have looked like. Painting on marble by Randwulph.

Ekwiiyemakius walshi, the smallest of the three new species, was estimated to weigh between 113 and 125 grams — comparable in size to some modern bushbabies. It was named for Walsh, who collected and prepared many of the specimens, and also derives from the Native American Kumeyaay tribe’s place name, Ekwiiyemak — meaning “behind the clouds” — for the location of the headwaters of the San Diego and Sweetwater Rivers.

Gunnelltarsius randalli was named for Gregg Gunnell, the researchers’ late colleague and expert on Eocene mammals, and for SDNHM fossil collections manager Kesler Randall. It was estimated to weigh between 275 and 303 grams, about the size of today’s fat-tailed dwarf lemur.

Brontomomys cerutti was large compared with most other omomyoids and was estimated to weigh between 719 and 796 grams — about the size of a living sportive lemur. Due to its large size, its name derives from the Greek word brontē, or “thunder,” as well as for Richard Cerutti, the retired SDNHM paleontologist responsible for collecting many of the Brontomomys specimens.
News Articles
More Articles All Articles
About