To Remove An Invasive Species Or Not: Determining When Drastic Ecological Interventions Will Go Bad
By News Staff | January 29th 2020 09:33 AM | Print | E-mail

News Staff
Pyrus calleryana (Callery pear) is a tree native to China and Vietnam that California government introduced a hundred years ago after natural fire blight wiped out much of the European pear crops grown in the state.

Since the callery pear was highly resistant to fire they wanted to graft it to the European pear trees, so researchers traveled to China, then took a four-day boat ride from Wuhan up the Yangtze to where the natural trees grew in abundance. As a bonus, they found it could grow anywhere, and that meant it could grow as landscape even in a state that is mostly desert and artificially watered like California. 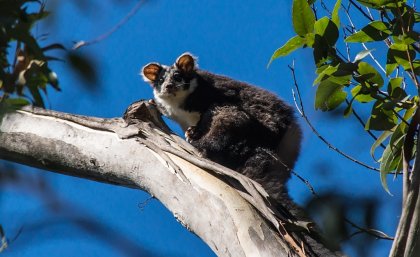 Just like believing something natural is superior can often backfire, drastic ecosystem interventions like eradicating an unwanted species can do the same. A recent analysis of thousands of ecosystem population data points has helped to build models to help environmental managers make tough choices.

The goal is to help quantify whether the cure of the side effects of the old cure will do more harm than good. The authors hope their models can aid decision-makers in selecting interventions and determine whether various species' future populations will be positively or negatively affected by the removal, or addition of another species.
News Articles
More Articles All Articles
About