Viroids: Brazilian Plants Are Infested With 200 Natural Pathogens, But Here Is How Science Can Help
By News Staff | August 6th 2020 08:36 AM | Print | E-mail

News Staff
An annotated list of 219 pathogens that infect plants in Brazil, including many agriculturally important species, shows just how precarious things can be when it comes to maintaining an affordable, sustainable food supply.

Dr. Elliot Watanabe Kitajima, a researcher in the Phytopathology and Nematology Department of the University of São Paulo’s Luiz de Queiroz College of Agriculture, has been collecting publications on plant viruses in Brazil for decades and has recorded over 8,000 references to date. That led to the new Biota Neotropica article which presents descriptions of the microorganisms, data on the diseases they cause, and information on their occurrence in native, cultivated and ornamental plants as well as weeds.

Viroids are the smallest infectious pathogens known to science, consisting of a short strand of RNA with no protein coating. All known viroids are inhabitants of higher plants, and most cause diseases in both spontaneous and cultivated vegetation. Most of the viruses and viroids in the inventory are recognized by the International Committee on Taxonomy of Viruses (ICTV), which authorizes and organizes taxonomic classification and nomenclature. Some of the microorganisms listed have yet to be officially recognized. The list maps the history of pathogenic occurrences in Brazilian agriculture and the evolution of plant virology in Brazil as well as the main centers of research in the field. 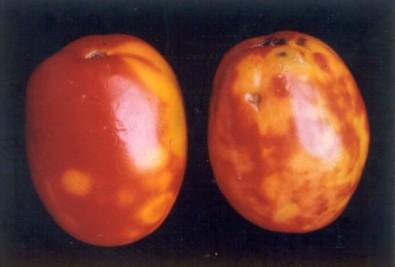 It can inform pest prevention policy input, especially when it comes to food production.

“The list includes 346 plant species belonging to 74 different families and the viruses that naturally infect them," said Carlos Joly, a professor at UNICAMP and a member of BIOTA-FAPESP’s steering committee. "Several viruses are listed for such important crops as the citrus group, for example. Many are well known, but others aren’t. In any event, the occurrence of these pathogens affects fruit production and quality. The ability to recognize them quickly can prevent harm and avoid losses.”

For example, citrus tristeza virus (CTV) is one of the top 20 viruses in molecular plant pathology. It causes citrus plants to decline quickly and is the most economically important citrus disease worldwide, being responsible for enormous losses, including the destruction of some 10 million orange trees in the 1940s. This problem was solved on the basis of scientific research, and the state of São Paulo became the world’s largest producer and exporter of industrialized orange juice.

Another important crop pest is bean golden mosaic virus, which emerged in the 1970s, when Brazil was one of the world’s leading producers of beans but had to import the commodity from Mexico owing to the severe losses caused by the disease. Additionally, mosaic is caused in papaya by papaya ringspot virus (PRSV). This disease has wiped out entire plantations in Brazil. Control by roguing (systematic removal of diseased plants) has been sufficiently effective to enable the state of Espírito Santo, which pioneered the technique, to become a major exporter of papaya.
News Articles
More Articles All Articles
About