Volatile Organic Compounds From Marijuana Farms Will Cause Ozone Levels To Increase
By News Staff | September 18th 2019 07:15 AM | Print | E-mail

News Staff
Biogenic volatile organic compounds produced by the cannabis plants during growth and reproduction, the same chemicals responsible for the pungent smell of a cannabis plant, also contribute to air pollution on a much larger scale, according to new research.

In a new pilot study, Desert Research Institute scientists visited four cannabis growing facilities in Nevada and California to learn about the chemicals that are emitted during the cultivation and processing of cannabis plants, and to evaluate the potential for larger-scale impacts to urban air quality. They found high levels of BVOCs. At facilities where cannabis oil extraction took place, researchers also found very high levels of butane, a volatile organic compound (VOC) that is used during the oil extraction process.

"The concentrations of BVOCs and butane that we measured inside of these facilities were high enough to be concerning," explained lead author Vera Samburova, Ph.D., Associate Research Professor of atmospheric science at DRI. "In addition to being potentially hazardous to the workers inside the cannabis growing and processing facilities, these chemicals can contribute to the formation of ground-level ozone if they are released into the outside air." 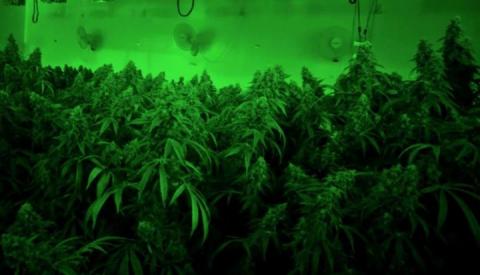 Ozone in the upper atmosphere provides protection from UV rays but ozone at ground-level is a toxic substance at high levels and is harmful for humans to breathe. Ozone can be formed when volatile organic compounds (from plants in this case but they can also be produced by automobile and industrial sources) combine with nitrogen oxide emissions in the presence of sunlight.

At one of the four cannabis growing facilities visited during this study, the team measured emission rates over time, to learn about the ozone-forming potential of each individual plant. The results show that the BVOCs emitted by each cannabis plant could trigger the formation of ground-level (bad) ozone at a rate of approximately 2.6g per plant per day. The significance of this number is yet to be determined, says Samurova, but she and her team feel strongly that their findings have raised questions that warrant further study.
News Articles
More Articles All Articles
About